Director of the Research Institute of Turkology 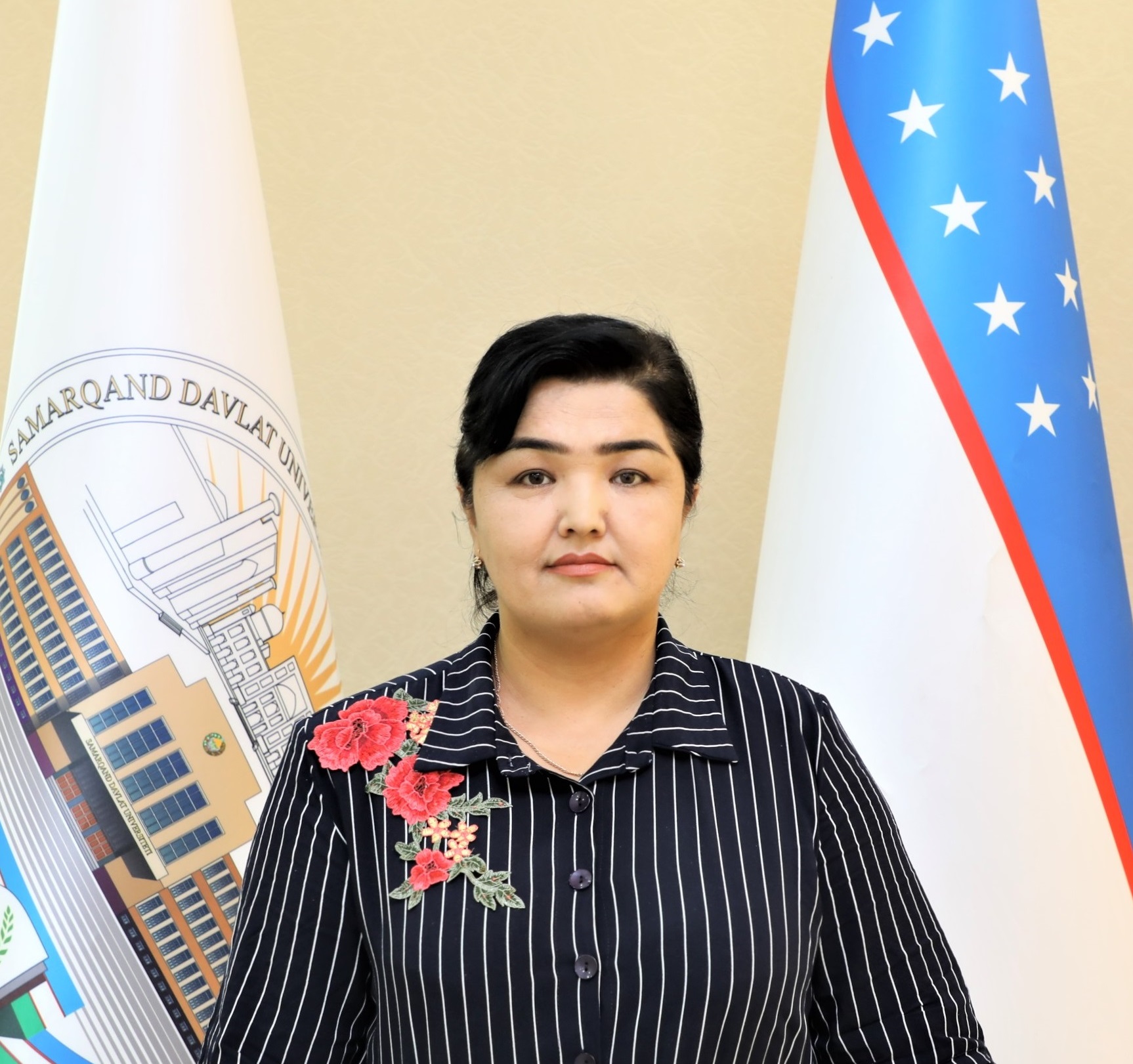 Ruzmanova Rohila Usmanovna
Biography:
About the Research Institute of Turkic Studies
According to the decree of our President Sh. M. Mirziyoyev dated October 8, 2019 “On approval of the Concept for the development of the public education system of the Republic of Uzbekistan until 2030”, Samarkand State University was awarded the status of “Flagship University”. This status sets the task of transforming this higher educational institution into a research university, creating within its structure research institutes and centers that conduct research on the economy, domestic and foreign policy of the country, its global and regional interests.
At the initiative of the rectorate of Samarkand State University and the recommendation of the Embassy of the Republic of Turkey in Tashkent, it was decided to establish a research institute of Turkology at Samarkand State University in cooperation with the Research Institute of Turkology of the Universities of Istanbul and Marmara. Based on the order of the rector of Samarkand State University No. 175 dated May 19, 2022, the Research Institute of Turkology was established at Samarkand State University.
The Research Institute of Turkic Studies, which is planned to be implemented in 2022-2025, studies the socio-political, cultural and scientific ties of the Republic of Uzbekistan with the countries of the Organization of Turkic States, common socio-historical, cultural, literary, linguistic, ethnic features of the Turkic civilization, Central and Central Asia. It is also planned to study the relationship and areas of cooperation between the Turkic civilizations of Antalya, the Caucasus, the Volga region, Siberia, the Far East and the Far North with Asian Turkic civilizations, to explore and preserve the disappearing Turkic languages and dialects.
At present, a “Turkish Language Center” has been established at the institute, and preparatory courses for those wishing to study the Turkish language have begun their activities on a contractual basis. The Center accepts students for training to obtain a certificate in a foreign language of level A1, A2; B1, B2; C1, C2.
Goals and objectives of the Institute
- Training of specialists at the level of undergraduate, graduate and basic doctoral studies (PhD) in Turkish languages, literature and culture;
- Conducting research on the Turkic languages and dialects, the Turkic languages of Central Asia, studying the history of linguistic and literary relations, improving the quality and quantity of translations of works from the languages of the fraternal peoples, conducting a comparative analysis;
- study the social, political, economic and historical structure of the Turkic states and communities;
- Organization of an academic network and carrying out scientific activities among those who are engaged in research of the Turkic world in our country and in the Turkish states;
- Conducting scientific research on Turkish states and societies, preparing catalogs and establishing a research school and library specialized in this field;
- organization of international scientific and practical conferences of scientists of the Turkic world;
- Identification of centuries-old customs, traditions and cultural values of the Turkic world, presenting them to the world of science and the public through various publications and events
- Providing research, expertise and advice to institutions and organizations of the public and private sectors in areas that are part of the activities of the Institute and are necessary;
- Organization of scientific trips and meetings related to the cultural and historical heritage of the Turkic world, opening of exhibitions.