Dean of the preparatory center 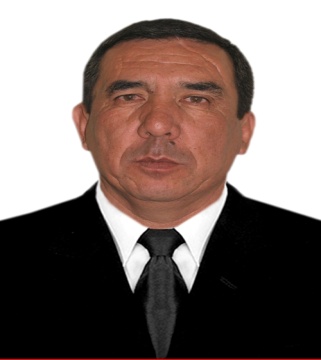 The Preparatory Center of Samarkand State University was founded in 1971. According to the indication of the Ministry of Higher and secondary education of the Republic of Uzbekistan starting from 1993 in the base of preparatory center was organized 8 monthly preparatory center with the test which is based to “Contract”, that is provide with money itself and it is active in nowadays too.

According to the order of the rector of Samarkand State University which is № 229-ij on October 27th, 2005 this course was changed to preparatory center to University which preparation audiences to the test under university.

Study is in the base of contract. Education form – is day. Period of study – 8 months. All laws and duties which noted for the students of Samarkand State University concern to audiences too. They use from noted lecture rooms, laboratories, libraries.

To the preparatory center are received pupils who studied at the secondary and higher school and also graduating students of academic lyceums and vocational college by the recommendation of administration.

In the preparatory center is formed free preparation courses for citizens who done military services in armed forces of the Republic of Uzbekistan.

Documents to the preparatory center are received from October 2 till November 20 and examine on  November 20-25. Test interview will be by 1stspecialist blocks of common sciences. Positive participants will be admitted to the list audiences on 25-27 November.Studies is started from December 1 in preparatory center.

There is a Pedagogical Council where they discuss about hours of study, volume, level of training, listening to students and all news that belongs to test technology at the Preparatory Center.

There are social and natural groups in the Preparatory Center, where teaching is conducted in Uzbek and Russian languages.Study is 6 days a week and 6 hours a dayat the center.Every two months students are tested. Andthe results are discussed at the Pedagogical Council.Tests are held in4 times during the academic year accordance with the requirements of the STC(State Testing Center).The training in the Preparatory Center is carried out on the basis of the program of specialties corresponding to the test blocks.

Nearly all the professors and teachers working at the Preparatory Center are experienced professionals who know the most comprehensive, general education program at the university.

The main task of the Preparatory Center is to raise the level of general education of the youth, to create the necessary conditions for young people in need of social protection in the University, to prepare high-profile and high-profile applicants for all the faculties of the University delivery.

15.01.2022
Ministry of Foreign Affairs of Romania offers scholarships to foreign citizens 15.01.2022
A scholarship competition of the Oxford Center for Islamic Studies for Academic Year 2022/2023 for scholars and postdoctoral researchers 20.05.2021
10.02.2020
INFORMATION ABOUT THE “ACADEMIC STUDY” JOINT SCIENTIFIC-PRACTICAL SEMINAR 09.01.2020
Meeting with the military 08.10.2019
University professors and teachers visited rural schools 03.12.2020
Week for the Promotion of State Policy on Youth 26.02.2020
REPUBLICAN SCIENTIFIC-PRACTICAL CONFERENCE "INNOVATIVE DEVELOPMENT OF THE SAMARKAND REGION: PROBLEMS AND SOLUTIONS" 06.10.2020
TALENT, PRIVILEGE, OPPORTUNITY ... 27.04.2017
ORIENTAL CONTRIBUTION TO THE WORLD CIVILIZATION 23.05.2017
Cooperation is the factor of development 05.06.2017
Lingo classroom is opened at the faculty of Philology