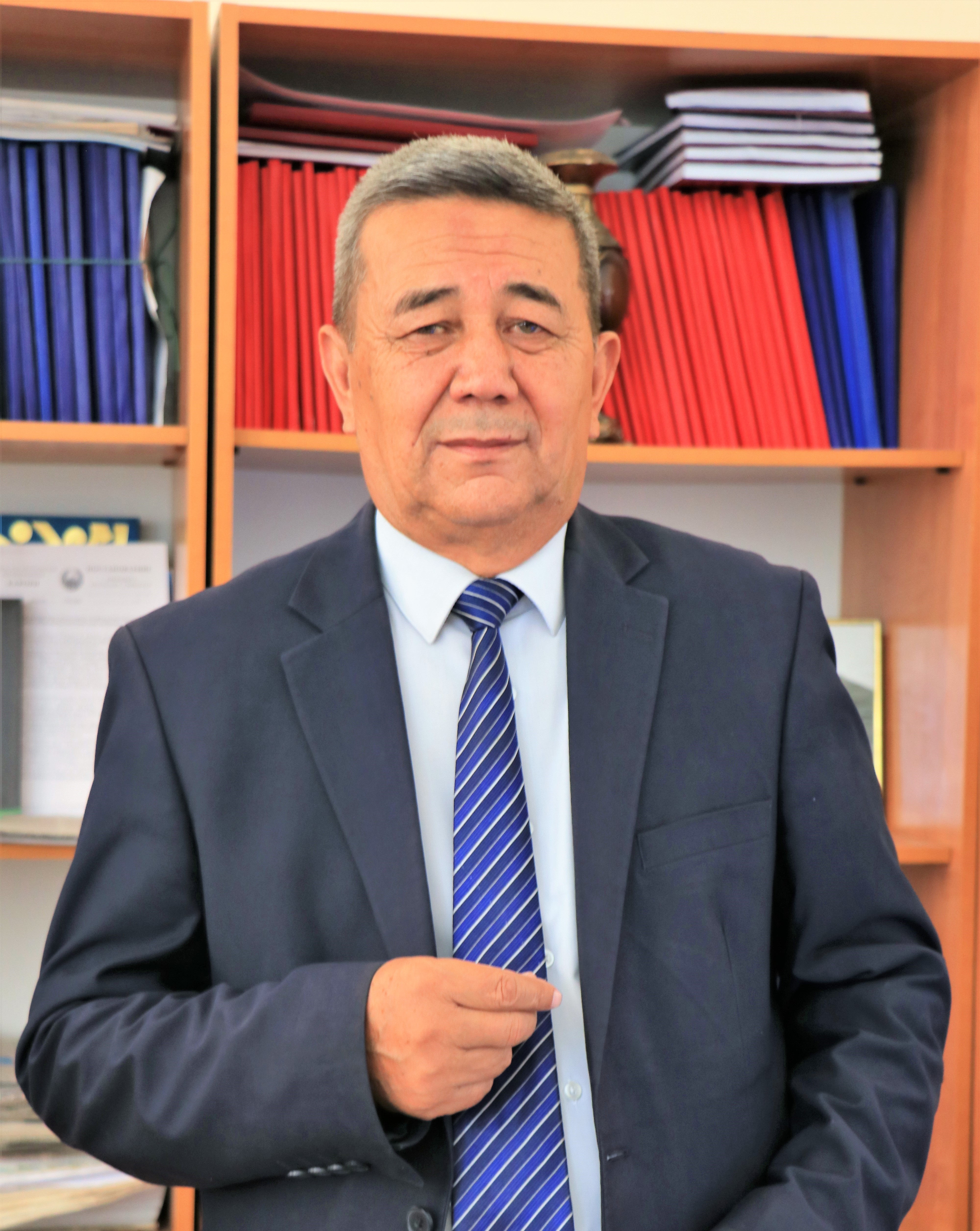 2018 - Present - Head of the Department of Archeology of Samarkand State University.

The department of archeology was estabuilished in December 1971 with the decree №448 of the Republic of Uzbekistan about scientific works and learning the ancient city Afrosiab. Nowadays there are 12 professor-teachers are working there. 2 of them has got PhD scientific degree: M. Djurakulov, N. Avanesova, The others are docent N.Holmatov, J.Mirzaahmedov, the greatest teachers are A.Ulyanova and D. Djurakulova, and assistant professors : R.Abriev , I.Kurbanbaev,  O.Ergashev, U.Umarov, A.Sh.Umarov, A.Aslanov. They are working in a sphere of archeology, prehistoric life of the people, ancient world’s history, ethnology, historical geography and others. The activities of the department is based on a methodological since, educational training and memorizing methods. They published more than 20 works in 200 specimen for Universities and Institutes. Beginning from the 3-d course the specialists for the archeology are started to be prepared. The most important role play such a scientists as  U.Islamov, A.Askarov, Yu.Buryakov, M.Isomiddinov, B.Matboboev, A.Berdimurodov, J.Mirzaahmedov. During the studying as a archeological museum can be prehistoric memorials which are in Mountains of Qoretappa and oasis Sherabod in Surahandarya.

Department is providing diplomatic and scientific works with foreign centers of scince. For example: Bologna in Italy, Carbone in France. Except that there are friendship between other countries universities and Archeological department.

Also there is a diplomatic relations between department of archeology and Since Academy of Uzbekistan. At department there is a group of united archeological specialists.

Short information about educational-produktionol of museum laboratory.  Archeological museum has been founded under the faculty of history since 1963 and vas formed on the cabinet culture of prehistory period named after D.N.Lev. In the fond  museum-laboratory there are more than 40000 valuable and significant archeological collectins of prehistoric period (from 90-70 thousavd B.V) connected with not only the history of our nation but also the history of Central Asia. The spring of filling the collections of the museum is the  archeological practices of the fist year students.

The works of Science researches

Starting from the 1944 in our Republic there lasts archeological and ethnographic researches. Department  makes field researches, excavations of prehistoric memorials, learning ethnographic and written materials of the ancient worlds.

Department  learns the “Civilization of the oasis among two rivers”, takes part in international and other scientific Conferantions .

After Independence there was published more t5han 300 science works. The whole information in anthropogenic, the people of ancient Central Asia,

Culture and agricultural  progress gives us a possibility to recognize our history.

Department during last years contact with Independent Republics of former Sovet Union. Some questions are discussed between all scientists of several republics.