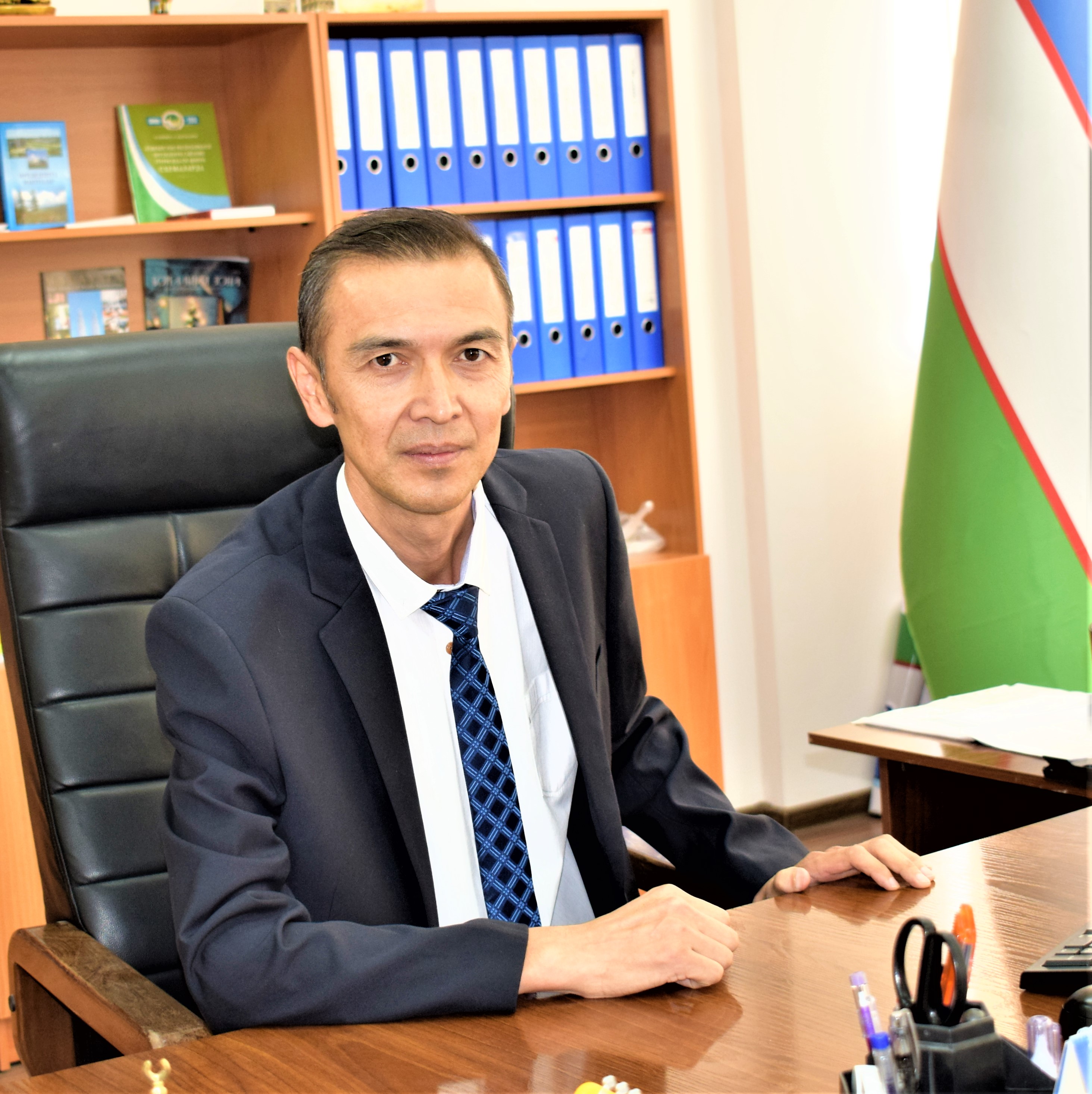 Born in 1978 in the Urgut district of Samarkand region.

Implementation of the tasks outlined in the Decree of the President of Republic of Uzbekistan of April 20, 2017 N-2909 "On measures for further development of higher education system", improvement of professional skills of professors and teachers, or performs specific work on studying and applying the learning experience.

Study and coordination of documents of a representative of University sent to foreign travel, according to the order of Ministry of Education of Republic of Uzbekistan No. 81 of April 13, 2005 "On trips from higher educational institutions."

Monitoring university projects in the framework of technical assistance programs of donor countries and international financial institutions and provision of quarterly reports to Ministry of Higher and Secondary Specialized Education.

Organization of seminars, round tables for teachers, staff and students of the university based on project analysis.

Study, analyze and make recommendations on agreements, contracts and protocols that the University establishes with foreign partners. Coordinate documents with relevant organizations, if necessary.

Conducting workshops and training conferences on priority areas of education in cooperation with embassies and international educational institutions and foundations operating in Uzbekistan.

Preparation of monthly, quarterly, semi-annual and annual reports on foreign exchange earnings from the training of foreign citizens in accordance with the requests of the Ministry of Higher and Secondary Special Education.

The recommendation of teachers, students, undergraduates and researchers, interns of the university for internships, refresher courses, training courses announced by foreign partners to study in the magistracy and doctoral studies.

Dissemination of information on international grants announced and assisted in the development of university departments, as well as direct participation in the project.