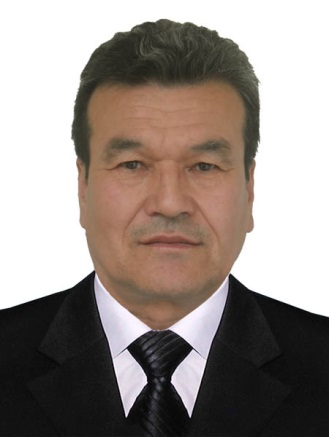 The Solid Physics Department is organized in 1975 as graduate and carrying out multilevel training of specialists. The department was organized on the basis departmentof Optics and Spectroscopy at the initiative of the academician A. A. Atakhodzhayev and associate professor A. Nosirov with assistance of prominent scientists of the Leningrad physics and technics institute - the academician G. A. Smolensky and the prof. V. V. Lemanov.

In the beginning in educational and scientific activity of department the young researchers prepared in scientific centers, such as Leningrad, Moscow, Tartu, Tashkent were involved. The first teachers of chair are associate professors A. N. Nosirov, S. M. Murodov F. R. Akhmedzhanov, the senior teacher I. A. Avetisyan, assistant M. M. Akhmedzhanova. V. S. Kim and they started dealing fruitfully with scientific problems of solid state physics. For an organizing of educational and scientific activity of departmentthe worthy contribution was made by technical assistants as B. R. Namozov A. Zh. Karayev, Z. T. Hodzhayeva.

At that time on the departmentwere carried outlecture in subjects: "Crystallography", "Crystal physics", "Crystal acoustics", "Physics of metals", "Physics of dielectrics", "Solid State Physics", "Optics and spectroscopy of a solid State Physics", "Quantum electronics", "Electronics of ultra high frequencies", "The theory of groups and its application on solid state physics" were also equipped educational laboratories on the given subjects, and also cooperation with foreign scientific centers is adjusted. 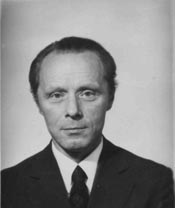 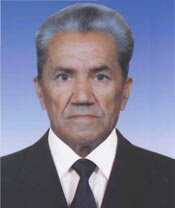 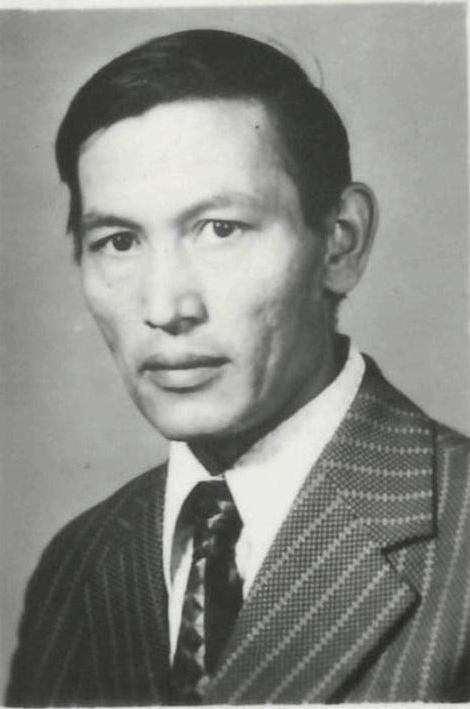 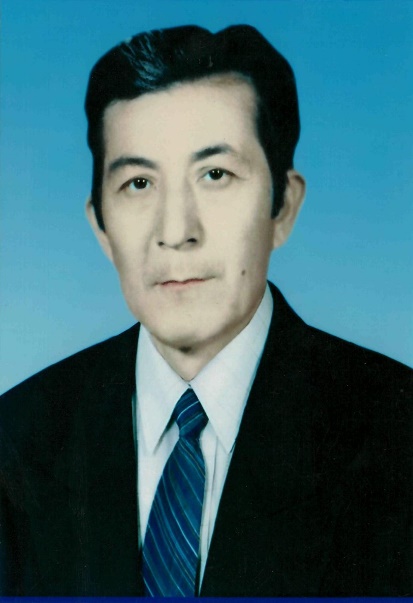 For the purpose of preparation of graduates necessary to science and production of specialists in an initiative of the former rector of Samarkand State University, the academician Sh. O. Alimov since 1987 on the department beginning training of highly experience experts in the field of physical electronics, and since the beginning of 2003 and experts in the field of physics of semiconductors in the "Semiconductor Devices and Microelectronics" direction began.

After acquisition of the Republic of Uzbekistan of a independence, since 1994 on departmentof bachelors in the direction 5521700 - "Electronics and microelectronics" began, and for the expired years of all about 800 specialistsare prepared. They work in the republic, the near and far abroad - from the USA to South Korea. Among them there are a lot of famous scientists, production managers, businessmen. Graduates of departmentdiffer as fundamental preparation on the physics and electronics peculiar to physical faculty, and unique skills of the physicist - the experimenter. They are distinguished by profound knowledge on materials science, good preparation on electronics of broad application and use of computers.All this provides their demand in higher education institutions of the republic, in scientific and factory laboratories, in the sphere of new technologies. On all region and beyond its limits in the listed above areas our graduates are necessary to science and production by experts.

For last years on materials of the researches executed on department it was defended 2 doctor's (F.R.Akhmedzhanov and E.U. Arzikulov ) and more than 12 PhD's theses. The number of the graduates who defended the doctoral and PhD's dissertations on the party in a place of the work is great. 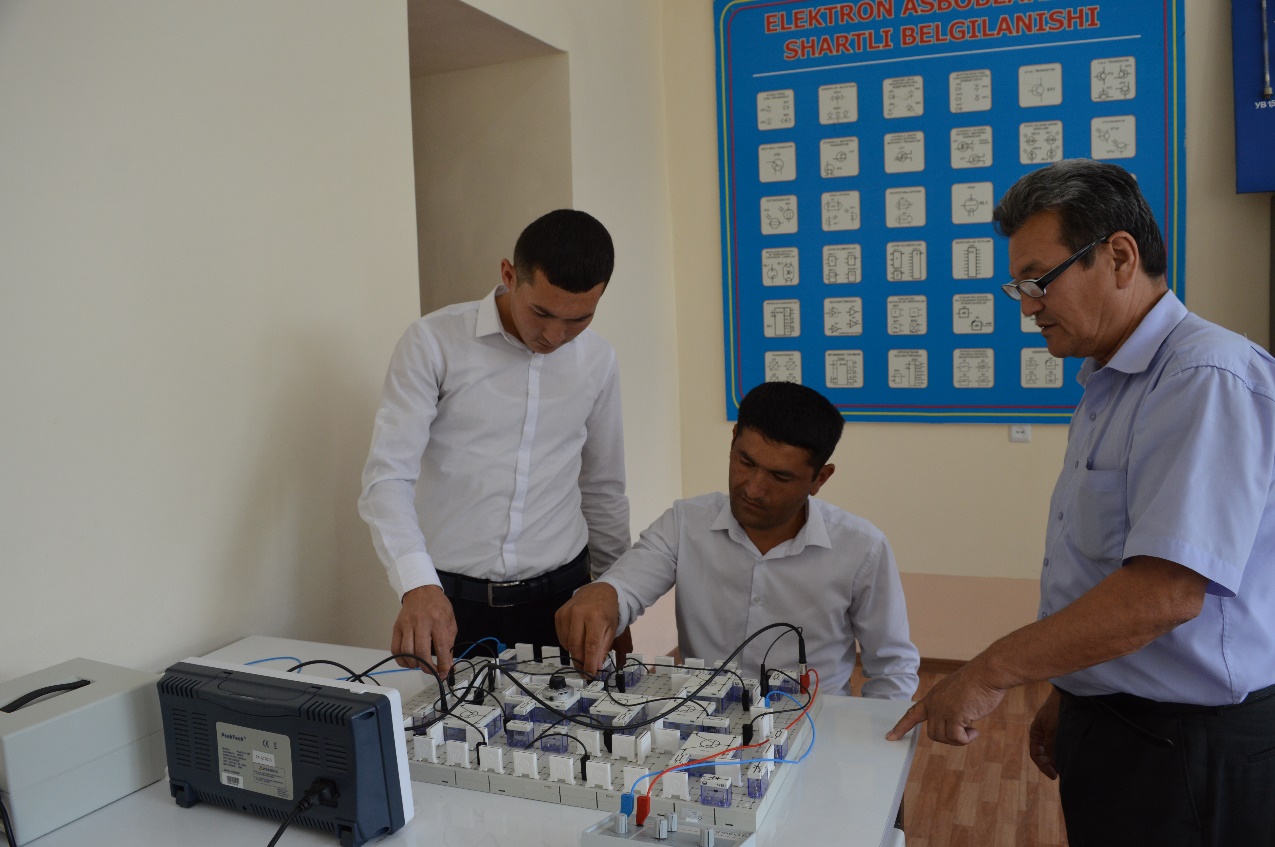 Now the solid state department closely collaborated Higher education institutions and the republics scientific institutions in the educational and scientific sphere. So, for example with the Tashkent state technical university and Uzbek National University it is conducted collaborations in preparation of curricula and programs for the directions of a bachalorsand mastersprepared at department and on a scientific collaboration by modern scientific researches. At the enterprises of JSC Foton, Scientifically production assosation “Physics–Sun”, Institute of nuclear physics, institute the material science, institute of ion-plasma and laser technology is also conducted cooperative researchs on the modern directions of physics and electronics. Besides on bases above the ranked enterprises to be carried out fact-finding, educational and work practice of the students who are trained on department. 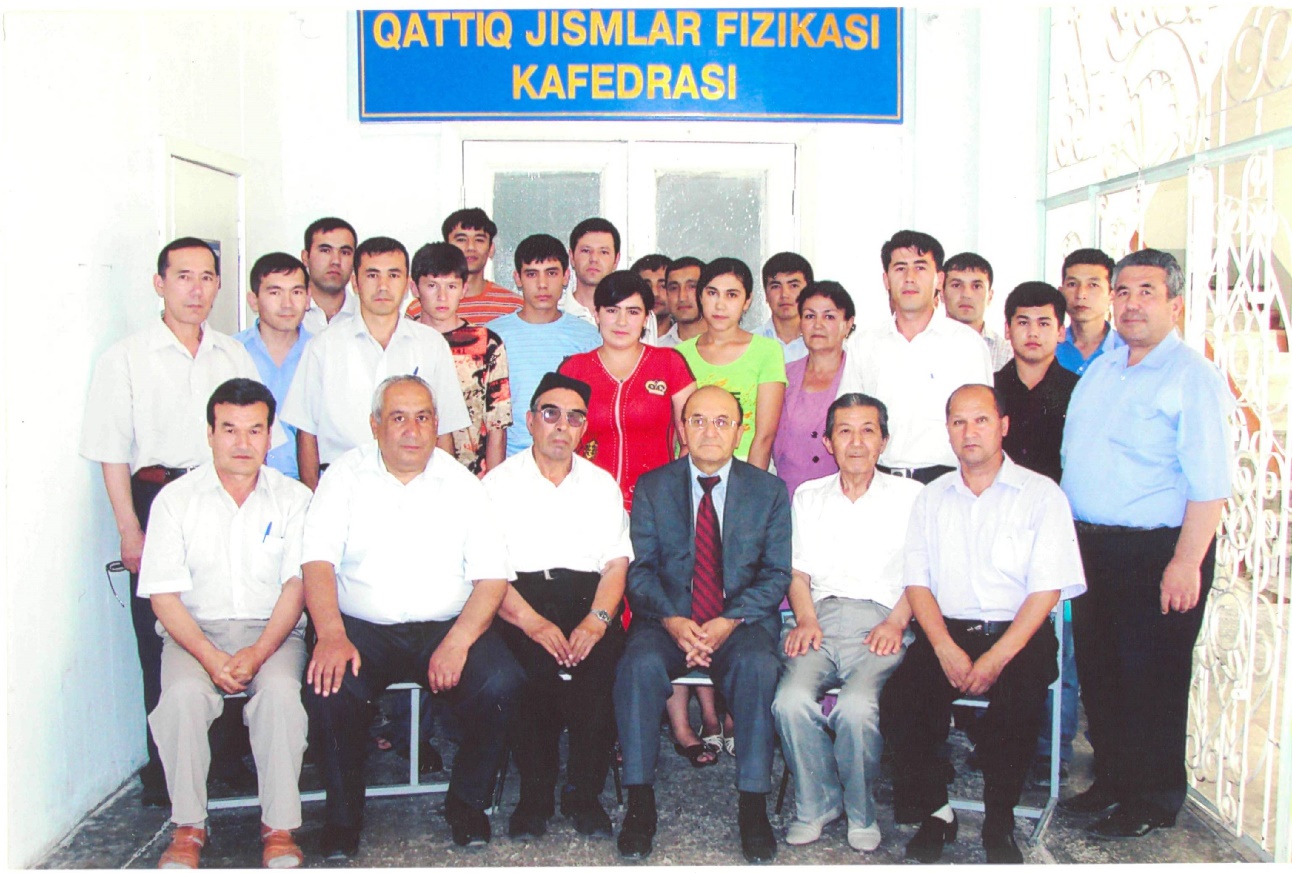