Department of Plant Physiology and Microbiology

Head of the Department 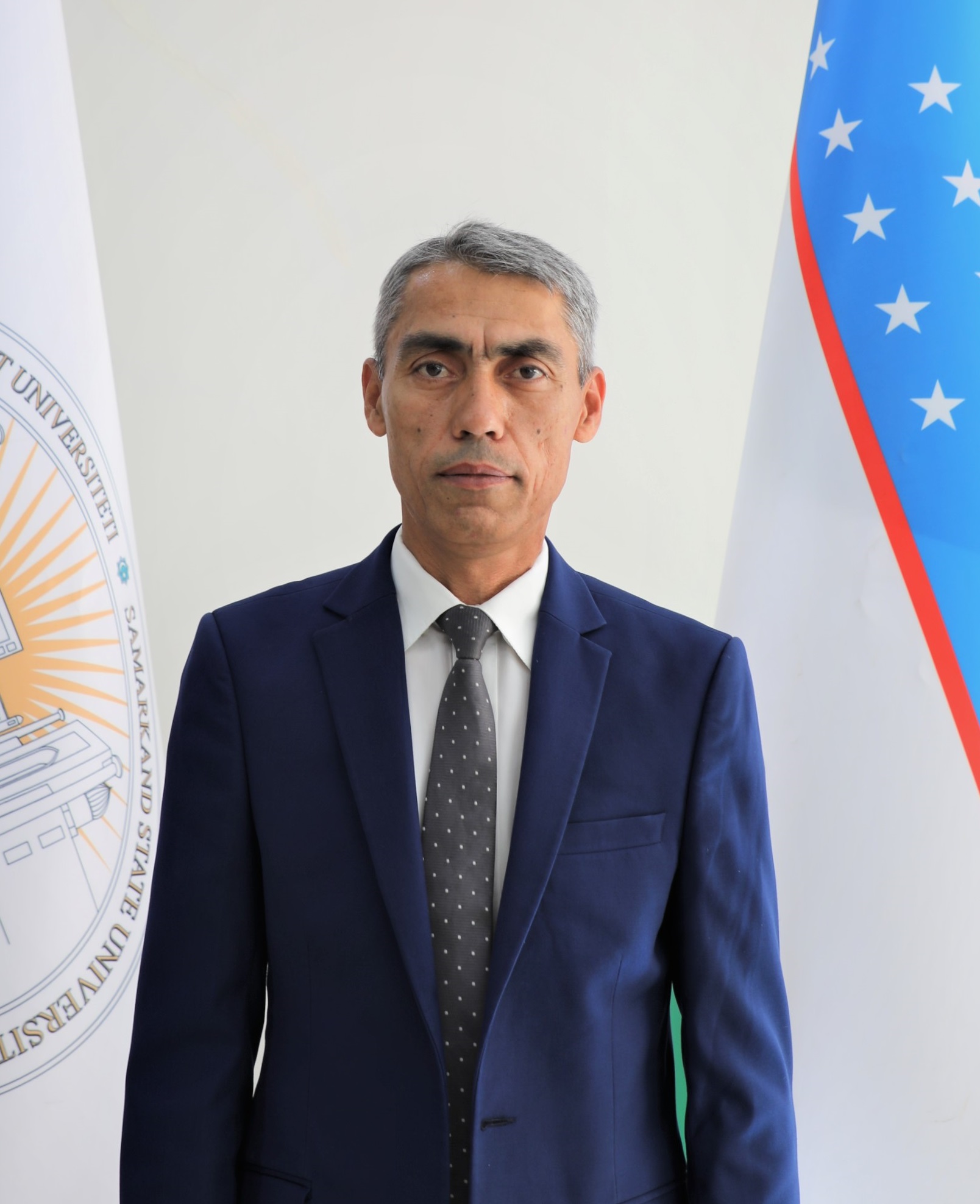 Creation of the Department of Plant Physiology

In Samarkand State University, the direction of "Plant Physiology" has been developing since 1934. In the first years of the organization of the department (1934-1941), the heads of the department were professors Tikhomirov, A.I. Fashchevsky and associate professor P.G. Marsakov, who directed all their efforts to training physiologists with higher education. From the very beginning, such teachers as N.A. Ataullaev, B.Kh. Gafarov, S. S. Abaeva, S. K. Ratskevich, L. A. Danilov, K. Frolov, P.D. Deinenko and U. Sultanov U. Subsequently, they continued their scientific activities in other institutes. And prof. N.A.Ataullaev and associate professor B.G. Gafarov have worked for a long time at the Samarkand Agricultural Institute, I invest my contribution in science and education.
The main contribution to the development of plant physiology at the university was made by S.S. Abaeva (1916-2008), from 1936-1939 she passed postgraduate studies and successfully defended her Ph.D. thesis on time. From 1939-1940 she worked as an assistant, associate professor and head of the department at the Samarkand Pedagogical Institute, from 1941-1942. She was a researcher of the Academy of Sciences Branch in Tashkent, from 1943-1944. was a consultant to the agricultural department at the Samarkand regional party committee. In 1944, in connection with the restoration of the Uzbek State University (since in 1941-1944 Samarkand and Tashkent State Universities were merged), she was invited to work and was appointed Dean of the Faculty of Biology. In this position, she worked until 1946, and at that time, under her leadership, all conditions were created for teaching students and all devices and equipment were returned, which would be distributed to other institutes and universities, experienced teachers were invited to the faculty for whom favorable conditions were created ...
In 1944, by order of the rector of the university, Associate Professor S.S. Abaeva was appointed head of the Department of Plant Physiology and Microbiology and worked in this position for 28 years (until 1972). During this time, the department was equipped with new equipment. Great successes have been achieved in the field of teaching and educational work. Special laboratories were organized to conduct scientific research and conduct training sessions, and thus the basis for the scientific school of plant physiologists was created. Under the leadership of S.S. Abaeva, all teachers were involved in scientific activities. She has prepared and published over 100 scientific papers. He was in constant contact with scientists from Moscow, Leningrad, Kiev, Novosibirsk.
Postgraduate studies were opened at the department and under the leadership of S.S. Abaeva, 3 graduate students defended their Ph.D. thesis (A. Narzikulov, K.R. Ravshanov, Zh.Khozhaev). The work "Application of emissions of mountain raw materials in cotton growing" carried out under her leadership was awarded the silver medal of VDNKh.
A graduate of this department L.A. Ezdakova, since 1956-1975. worked at the department as an assistant, associate professor and professor, continued research on the importance of the trace element lithium in plant life. In 1963, she defended her Ph.D. thesis on the topic: "The influence of lithium on physiological processes and plant productivity", and in 1972, her doctoral dissertation "Various lithium content and geochemical ecology of plants in the Zarafshan Valley."
1956-1991 Associate professor T.Ya. Stesnyagina (1930-2009) worked at the department, first as a senior teacher, and then as an assistant professor. Her scientific activity was aimed at studying the physiological significance of trace elements in plants.
From 1962-1969 at the department was a graduate student and then worked as an assistant student of S.S. Abaeva - A.N. Narzykulov. He worked on the topic: "The influence of emissions from the Lyangar and Ingichka mining and metallurgical plants on the physiological activity of cotton."
From 1966-1971 At the cafe worked a student of SS Abaeva - KR Ravshanov, first as an assistant, and then as a graduate student and carried out a Ph.D. thesis on the topic: "The effect of aluminum on the water regime and productivity of cotton", Currently works as an assistant professor at the Samarkand Institute of Medical Veterinary Medicine. 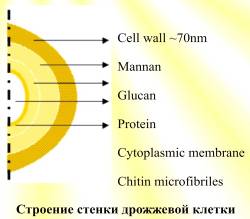 Doctor of biological sciences, professor D.Kh. Khodzhaev, who is also a student of S.S. Abaeva, who graduated from the university in 1963, works at the department. From 1975-1077, as well as from 1987-2005. was the head of the department. Since 1975 to the present time he is the head of research work at the department. In 1985, as a result of continuous and fruitful work, he defended his doctoral dissertation on the topic: "Physiological foundations of the influence of trace elements on cold resistance, drought resistance and yield of cotton." The theoretical and practical significance of this work was highly appreciated by prof. M.Ya.Shkolnik, academicians P.A.Henkel, S.I.Toma, Yu.N. Nasyrov, D.V.Agakishev, V. Altergot and others. Under the guidance of D.Kh.Khodzhaev, 5 of his students defended their Ph.D. theses (B.D.Davronov, A.E. Kholliyev, A.Zulfanov, Kh.Kh.Keldiyarova, Zh.Z. Boshmonov) and two A.E. Kholliyev.

Under the leadership of D.Kh. Khojaev, research work was carried out in the field of "Development of scientific foundations of sustainability and increasing the yield of cotton under the influence of unfavorable conditions based on the optimization of mineral nutrition. As a result, the optimal amounts of the most essential elements for cotton, such as nitrogen, phosphorus, were determined. and potassium, norms and terms of application. Along with this, theoretical and practical foundations for the use of trace elements such as manganese, copper, molybdenum, zinc, aluminum and boron were developed. The productivity of differential application of micronutrient fertilizers with trace elements was determined. As a result of the optimization of mineral nutrition, an increase in physiological indicators was determined, such as the intensity of growth processes, an increase in the amount of chlorophyll, an increase in the intensity of photosynthesis and an increase in net productivity, balancing of water exchange, and the scientific foundations of efficiency were developed.
On the basis of the results obtained, practical recommendations were developed to improve the mineral nutrition of cotton in the conditions of the Samarkand region, and in 1988 they were approved by the state agro-industrial complex of the Republic of Uzbekistan and recommended to cotton growing farms.
D.Kh.Khodzhaev's student B.D.Davronov worked from 1985-1997. associate professor of the department. His scientific research was devoted to the study of the influence of micro- and macroelements on the physiological processes of cotton. In the following years he worked in management positions in the field of agriculture.
1991-2002 The post-graduate student D.Kh.Khodzhaeva - A.E. Kholliyev worked at the department, first as an assistant, then as an assistant professor. His scientific research was devoted to the development of theoretical and practical foundations of the features of water exchange, drought resistance of various varieties of cotton
The members of the department continued research in this direction with other agricultural crops (tobacco, buckwheat, wheat and others).
In 1995-2005. under the guidance of professor D.Kh.Khojaev, the department continued research on the topic: "Study of the bio-ecological foundations of the cultivation of environmentally friendly and high-quality raw materials in the conditions of the Zarafshan Valley."
At present (2006-2020) the staff of the department continues research on the topic: "Study of the physiological and biochemical foundations of obtaining high and high-quality crop yields in the Samarkand region." This topic is divided into 4 sections. The first section is devoted to "The study of the physiological and biochemical foundations of the productivity of some annual and perennial grain crops." This section is carried out by associate professors Kh.A, Keldiyarov and Kh.Kh. Keldiyarova. They study the scientific basis for the creation of pastures from unconventional promising crops in arid conditions. The second section "Study of the seasonal dynamics of carbon cycle in foothill (juniper) conditions" is performed by associate professor MG Nasyrov. On this topic, the mechanism of carbon cycle under the influence of micrometeorological factors is studied in juniper forests. On this topic, a project is being carried out on the topic: "The formation of tree rings in species of the genus juniper under the influence of climatic factors." The third section "Study of the physiological and biochemical bases of buckwheat varieties introduced in the Samarkand region" is performed by associate professors ZD Dzhuraeva, S.Kh. Urakov and ass. Sh.S. Ataeva. On the basis of the studies carried out, new promising buckwheat varieties were selected, their biological and agrotechnological foundations for growing in the conditions of the Zarafshan valley were developed. The fourth section "Study of physiological and biochemical foundations of cultivation of various forms of sea buckthorn in the conditions of the Zarafshan reserve", is performed by associate professor FD Kabulova. She studies the form diversity of sea buckthorn, selects promising forms and develops a cultivation technology. Research on wild fruit crops is being carried out in cooperation with the international organization Bioversity International on the basis of an agreement of understanding.
From the staff of the department Avutkhonov B.S. in 2018 he defended his Ph.D. thesis on the topic: "Physiological and biochemical properties of Sorghum almum in various cultivation conditions." Currently, he is an associate professor of the department and continues research on the study of an unconventional forage crop of Columbus grass, which has been widely used in animal husbandry. The research results were introduced in Akdarya, Ishtykhan and Nurabad districts of the Samarkand region.
On the basis of the collected material, the staff of the department published more than 600 scientific articles, materials and methodological works. At the department prof. D.Kh.Khodjaev created electronic textbooks on "Plant Physiology", associate professors FDKabulova and Kh.A.Keldiyarov "Microbiology and Virology". Prof. D.Kh. Khojaev in 2004 prepared and published the textbook "Plant Physiology" recommended by the Ministry of Higher and Secondary Specialized Education, which is used in all universities of the republic.
And in this area, the scientific basis for identifying and increasing their promising forms is being studied through the study of growing forms of sharks on the banks of the Zarafshan River. FI Kabulova also conducts research activities with the International organization Bioversitu International. 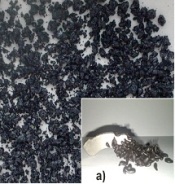