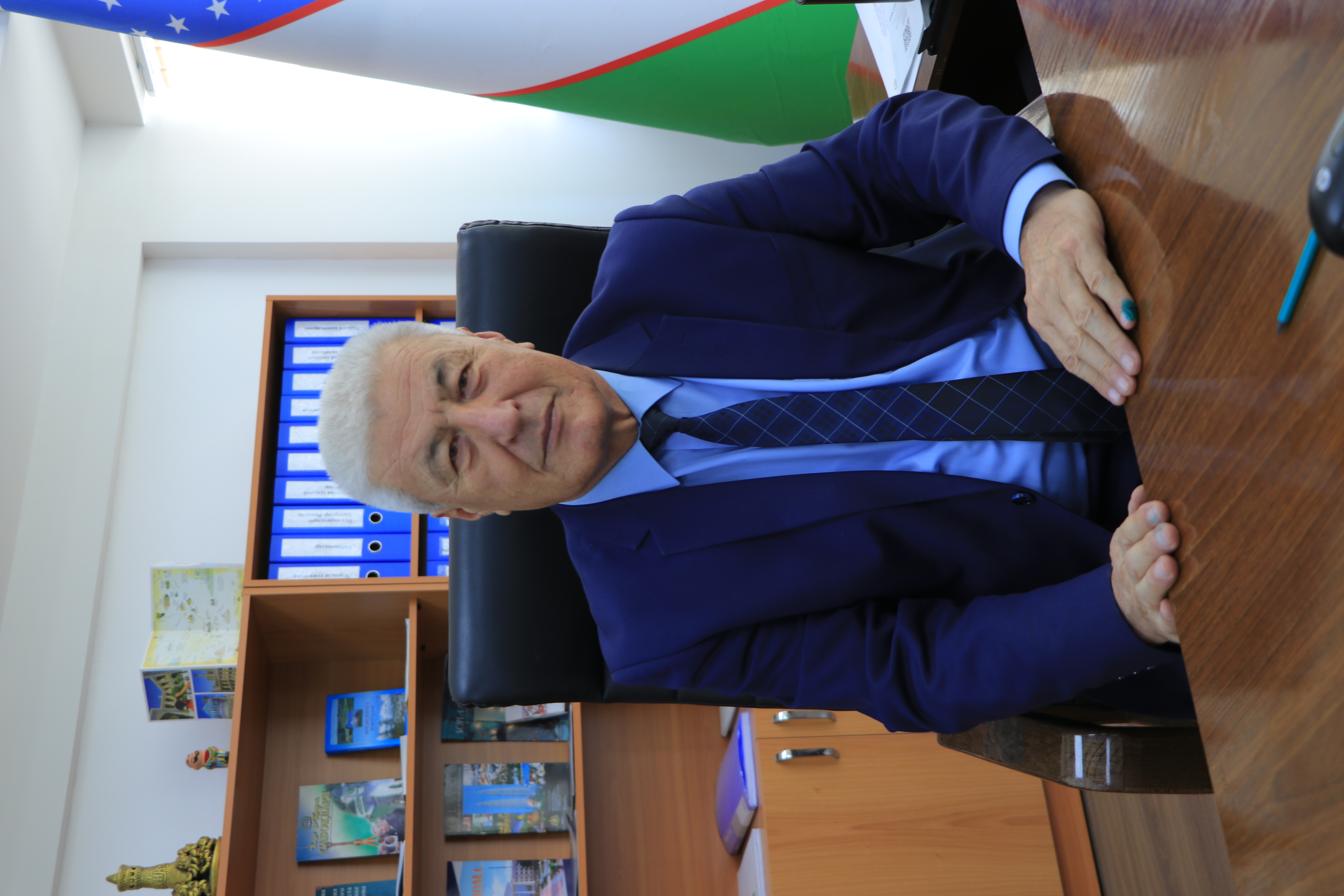 The Chair of Theoretical Physics and Quantum Electronics was founded in 1935 with the opening of the Chair of Optics and Theoretical Physics. The first head of the chair was prof. Yu. Pedder. The chair was restored in 1953 after the War. Lectures on theoretical physics were made by prof. Yu.A. Krutov, prof. M.P. Bronstein, prof. F.I. Fankel. Preparation of specialists in theoretical physics began in 1956. During this period, the chair was headed by prof. L. Yakovlev, and later his students headed the shair: associate professor R.Kh. Safarov, associate professor O.P. Pardaev and prof. R.Ibadov. By 2005, the chair "Theoretical Physics" and "Quantum Electronics" were merged, and the chair of  "Theoretical Physics and Quantum Electronics" was created with scientific and pedagogical potential. Currently, the chair has 12 professors and teachers. 5 of them are doctors of science, professors, 1 candidate of science, associate professors and 6 young teachers. Since April 2017, the department is headed by Doctor of Physical and Mathematical Sciences Eshkobilov Napas Beknazarovich. Professors L. M. Sabirov, R. M. Ibadov, N. B. Eshkobilov, associate professors: D. Semenov, Kh. S. Haidarov, P. Senior lecturer: Sh. Umidullaev, U. Ya. Saidullaev, Assistants: D. Akchurina, F.Ismaylov, U.Mainova, M.Sh.Shoimov are involved in the educational process.. The department has a master's degree in the specialties "Theoretical Physics" and "Laser Physics". A member of the Academy of Sciences, academician M.Kh. Ashurov. Under the leadership of M.Rh. Ashurov, there is a doctor of physical and mathematical sciences, an academic council that provides a scientific degree. Under the leadership of D. Semenov, the annual funding of the Fund amounts to 70.576 million sums. The cooperation of the chair with scientific centers of developed countries is well developed. Scientific cooperation in the field of laser physics and theoretical physics is carried out with leading research centers such as the General Physics Institute of the Russian Academy of Sciences, the Institute of Complex Nuclear Research in Dubna, the Chinese Institute of Physics, Optics and Mechanics of Changchun. On March 1, 2018, P. Redkin was sent to the Institute of Physics, Optics and Mechanics of China for a two-year internship. At the chair 3 people are prepared in basic doctoral research.