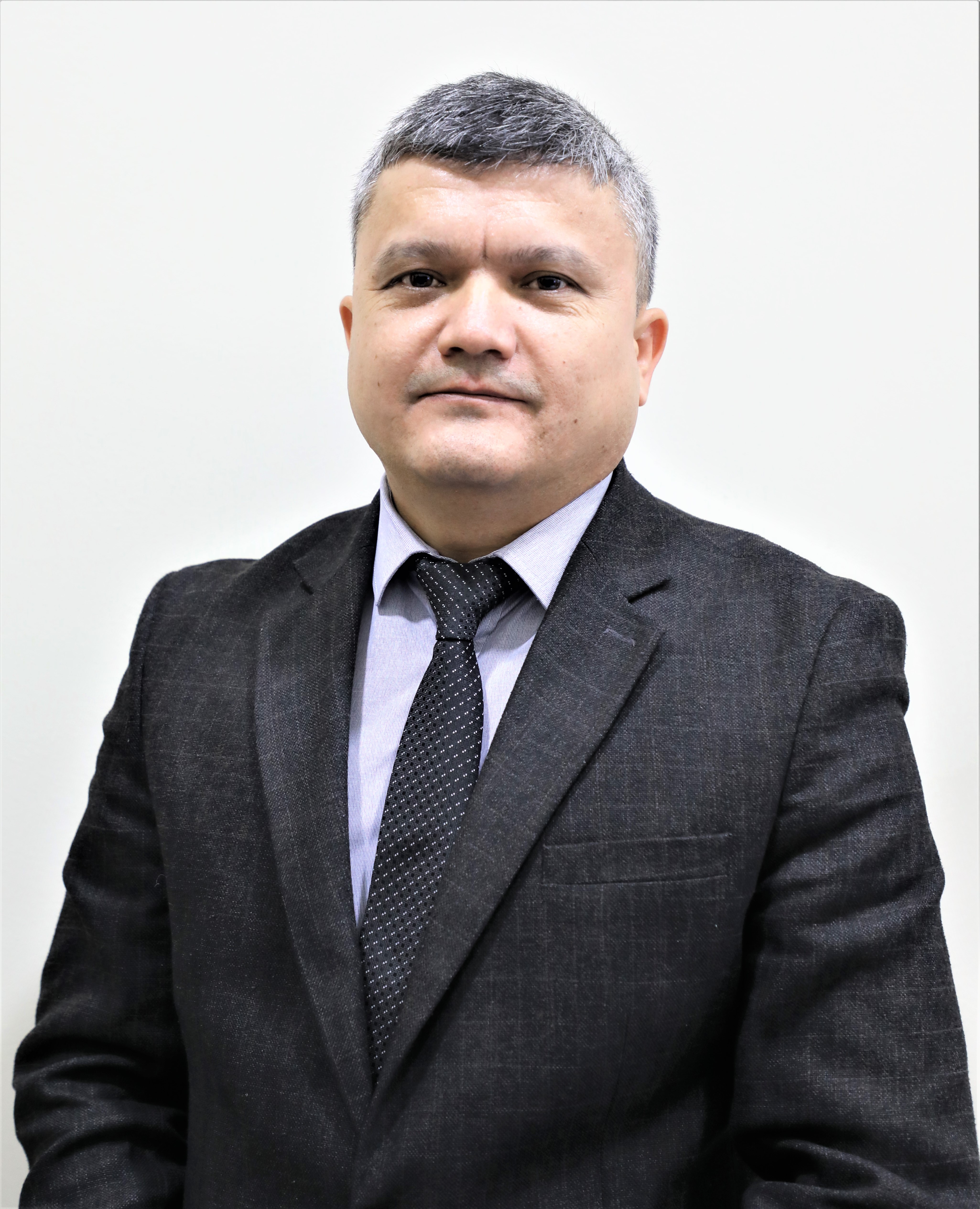 2010 - 2011 - laboratory assistant at the Department of Analytical Chemistry, SamSU

2012 - 2013 - Associate Professor of the Department of Organic and Inorganic Chemistry, SamSU

2020 - 2022 - Head of the Department of Organic Synthesis and Bioorganic Chemistry, SamSU

2022 – current. – Dean of the Faculty of Chemistry SamGU named after Sh. Rashidov

Brief history of the faculty

The beginning of research in the field of chemistry at the university is connected with the organization of a chemical laboratory in 1928.

The University’s chemical faculty became independent in 1933. Two years later, a research institute begins to function at its base. In his laboratories conducted research on important sections of inorganic, organic, analytical and physical-colloid chemistry.

Research on organic chemistry in the 1920s was initiated by professor L.N.Parfentev.

An important place is occupied by scientific studies on the assessment of plant resources of the Zarafshan valley (M.M. Abramov, S.M. Strepkov). In the development of research in the field of chemistry of plant substances a great contribution was made by prof. G.V. Lazurevsii (later Academician of the Academy of Sciences of the Moldavian SSR) and Academician O.S.Sadikov. They first laid the scientific foundations of the study of alkaloids, isolated and identified from plant materials of the Central Asian republics.

From 1933 to 1941 200 students were trained at the Faculty of Chemistry, of which 125 people successfully graduated. Among them, 12 people defended doctoral dissertations. They are V.I. Izdakov, N.Ilyasov, B.Kruglov, S.Yusupova. K. Shodmonov was awarded the title of professor.

In 1941, in connection with the outbreak of the World War II, all the faculties of the university, including the chemical one, curtailed their activities. Students and all equipment were merged with SAGU (Central Asian State University).

But already in 1944 the university was restored, but the chemistry department was not opened, but an inter-faculty department of general chemistry was organized, which is part of the biological faculty. The head of this department is a graduate of this faculty, associate professor Rashid Abdurahmonovich Ibadulin. 1959 produced a set for the evening department of the faculty.

In the 1960-1961 academic year, a set was made for day and evening departments and the Faculty of Chemistry became an independent unit of the university. The first dean of the faculty was RA. Ibadulin.

The merits of R.A. Ibadulin during his leadership of the faculty should not be overestimated. It was in the period 1959-1966 in order to improve the educational process, professors and technical personnel were equipped with highly qualified personnel.

In 1966, in connection with the opening of the Samarkand State Institute of Architecture and Construction, R. Ibadulin, given his great organizational skills, was invited to the post of dean of one of the faculties of this institute. And up to the exit to the deserved rest in 1974, he worked in the positions of dean, vice-rector and head of the department of chemistry.

In 1975, the associate professor of the department of organic chemistry, Sh.V. Abdullaev, who worked in this position until 1983.

Beginning in 1970, the student contingent of the chemical faculty reached 550 people: 250 students at the full-time and 300 at the evening departments. And now about 100 students graduate from the Faculty of Chemistry annually.

The faculty team conducts significant educational and methodical work on the creation of various educational, teaching and educational aids, contributing to the improvement of professional training of graduates.

Training of students in the chemical field for several years, 2013-2018, was carried out at the chemical department, which is part of the Faculty of Natural Sciences, later reorganized into the Faculty of Biology and Chemistry. At this time, three departments functioned: analytical, organic and inorganic, physical chemistry.

The faculty has established scientific schools of analytical, inorganic, physical, organic chemistry. The developers of these scientific schools and their followers conduct innovative research in the field of rational use of the natural resources of Uzbekistan, environmental monitoring, the production of substances and materials with desired properties, the creation of chemical and biosensors of organic and inorganic pollutants.

The faculty has teaching and research laboratories equipped with modern foreign equipment.

The faculty employs Laureates of the A. Beruni State Prize (prof. A. Nasimov, Ass. Prof. Z. Normurodov), “Honored Mentor of the Youth of the Republic of Uzbekistan” (prof. A. Nasimov), holder of the Order “Mehnat Shukhrati” (prof. E. Abdurahmonov), an expert of the Higher Attestation Commission (prof. N.K. Muhammadiev) and corresponding member of the Russian Academy of Natural Science (RAE) (prof. S.D.Aronbaev).

The faculty establishes existing scientific and humanitarian ties with relevant institutes of the Academy of Sciences of the Republic of Uzbekistan, 40 higher educational institutions and research centers of the Republic itself, as well as in the near and far abroad.