Department of Philosophy and National Idea 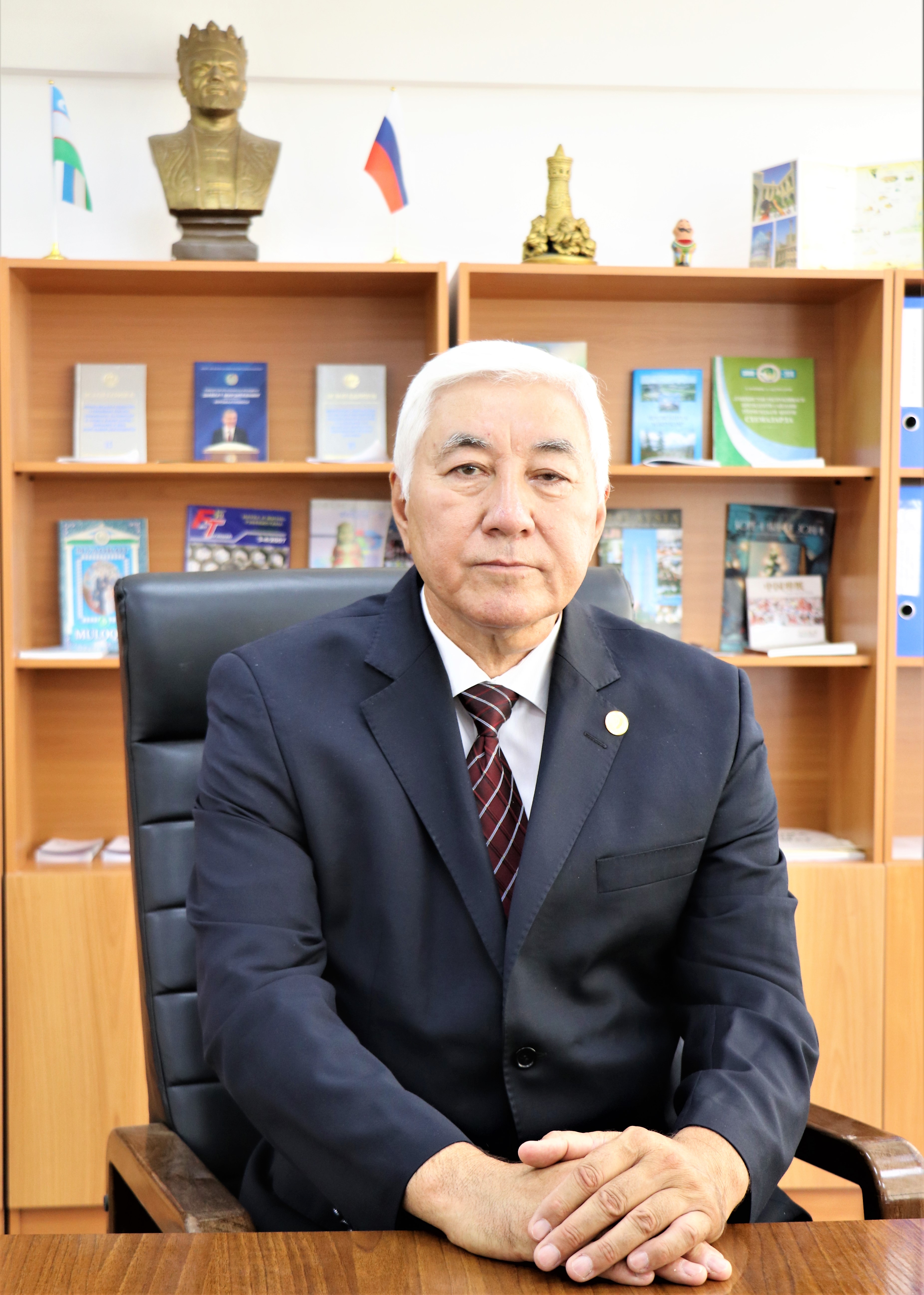 The history of the Department of philosophy is connected with the establishment of the Uzbekistan State University. Initially, the department was headed by S. Krasnousov in 1928-1932. Later, in connection with the increase in the branches of science, there was a division on various subjects of Science, and initially the Department of philosophy was associated with the activities of the organizer, philosopher, academician Ibrahim Muminov. Starting from the first day of the management process as the dean of the Faculty of history and Ibrahim Muminov, along with intensive entry into the training of national personnel with higher education, he entered the national culture without fear as from the time of the former union with great courage and bravely promoted the ideas of restoration of national and spiritual values began to prepare. During his life, he has trained more than 100 candidates and more than 20 doctors of Science. Many of his students, including associate professors of the Russian Academy of Sciences.Karimov, Yu.Talishkin, M. Akhmedov, Prof. O. Bozorov worked as heads of this department and, in addition, as leading representatives of the school of Ibragim Muminov A. A. Akhmatova, S. Samyshkin defended their doctoral dissertation.
From 1988 to 1993, he was the head of the Department of Philosophy of Samarrkand State University, Doctor of Philosophy, Professor.O. E.Ergashev. Under his leadership, among the followers of the leading representatives of the philosophical scientific school of Samsu, N.E.Mukhammadiev, N.Israilova, and V.Isakov defended their candidate's dissertation.  Under the leadership of Professor O. E. Ergashev J.Yakhshilikov he defended his doctoral dissertatsion. At the department worked associate professors P.S.Khaidarov, G.Abdusamadova, M.S.Madirimova, M. Allayarov, H.H.Gizitdinov, U.Vakhidov, R.Madraimov, H. Zohidov and the assistant A.Karimov.
From 1994 to 2020, Professor J.Yakhshilikov served as the head of the department. During this period, the department has trained 21 candidates and 3 doctors of Science. Associate Professor of the department Sh. Sh. Negmatova worked as the head of the department from September 2015 to October 2016.
In August 2020, the Department of Philosophy joined the Department of” civil society and national idea". Since August 2020, Professor S. K. Karimov has been working as the head of these joint departments.
Two doctors of Science from the Department of Civil Society and National Idea A.R.Samadov, A.K.Aymatov, three candidates of Science A.Abdurazzakov, S.Yazdanova, M.Mukhtorov, five doctors of Philosophy (PhD) Z.Muminova, K.Alikulov, S.Ergasheva, B.Rakhmonov, Sh.Tursunkulova, two assistants L.Tursunov, S. Kuvvatov joined the department. These professors and teachers teach various subjects in the direction of National idea, fundamentals of spirituality and law education.
In 1998, Professor S.K.Karimov successfully defended his doctoral dissertation on the theme “Development of Movarounnahr socio-political views in the XIV-XV centuries” at the specialized scientific Council of the Institute of “Philosophy and law” of the Academy of Sciences of Uzbekistan, received his doctoral degree in philosophy.
Professor S.K.Karimov has published 8 monographs, 13 manuals, 14 educational-methodical manuals and more than 150 scientific articles. Many articles have published in prestigious foreign journals.
Under the guidance of Professor S. K. Karimov, 2 doctors of Philosophy (PhD) were defended. Currently, another 9 doctors of science, 5 doctors of Philosophy (PhD) are preparing for the defense.
The management appointed professor S.K.Karimov as the chairman of the Scientific Council the Academic council number DSc.27.06.2017.f.02.02 at the Samarkand State University, taking into account the scientific potential and experience, as well as his organizational work.
The main goal of Professor S.K.Karimov is to improve the scientific potential of the students, to maximize the quality of the lessons of more than 40 subjects taught in the educational process. To this end, special attention is paid to the quality of the dissertation, monographs, educational hands discussed at the conference. This has yielded its effect and has led to improved quality teaching and effective research work.
At present, the head of our state isMirziyoyev is engaged in the development of their political consciousness and culture by constantly integrating ideological-ideological and spiritual-educational, strategic issues into the minds of students. Active participation of the teachers in spiritual and educational events held at the scale of cities and districts of Samarkand region.
The teaching staff of the department systematically conducts spiritual and educational activities in the "Student Hostel” Samarkand State University. In the following years, more than 5 monographs, 10 manuals and 2 educational-methodical manuals were prepared and published in the journals included in the HAC list, more than 60 articles were published in foreign journals.

Educational programs in the subjects taught at the department
BACHELOR'S DEGREE