EVENT News Ads
Cultural and educational event "Two generations meeting" at the History faculty 24.06.2017
Ensuring the supremacy of law and human interests is the guarantee of the country's development and the well-being of the people 14.06.2017
THE CLEARANCE OF THE SACRED RELIGION IS A PLACE OF SOCIAL STABILITY 28.06.2017
OUR AIM IS THE RIGHT OF THE LAW AND JUSTICE 28.06.2017
Meeting of two generations 17.06.2017
Open doors days in Samarkand State University 12.06.2017
Samarkand State University hosted an online conference "Graduate Employment" 21.05.2020
WE CONGRATULATE THE PRESIDENT OF THE ACADEMY OF SCIENCES OF UZBEKISTAN WITH A HIGH AWARD ON THE 75th ANNIVERSARY! 11.05.2020
Distance Learning from India 06.05.2020
SAMARKAND STATE UNIVERSITY IS ALSO ACTIVE IN THE NATIONAL MOVEMENT 05.05.2020
“Professors of all areas of SamSU study the intricacies of psychology and methodology” 04.05.2020
The presidential adviser held an online meeting with the rectors 29.04.2020

At the competition "Cheerful and resourceful" university team first

On April 6, 2019, the final stage of the Allied Cups Cup of the “Cheerful and Resourceful” competition held by the Youth Union of Uzbekistan for students of the Samarkand region took place. In the final one team from five universities of the city took part in their performances. The teams competed in three competitions. At the end of an exciting and intense discussion, the Ilkhom Samarkand State University team won the Allies Cup and a first degree diploma. 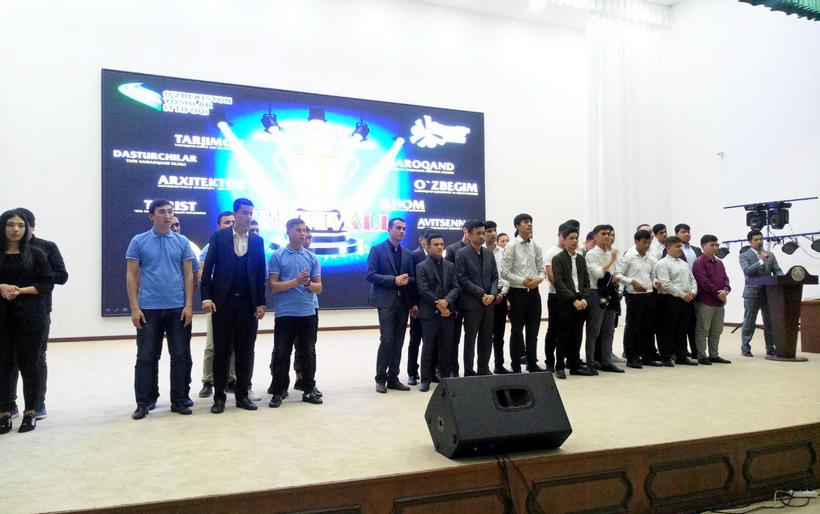 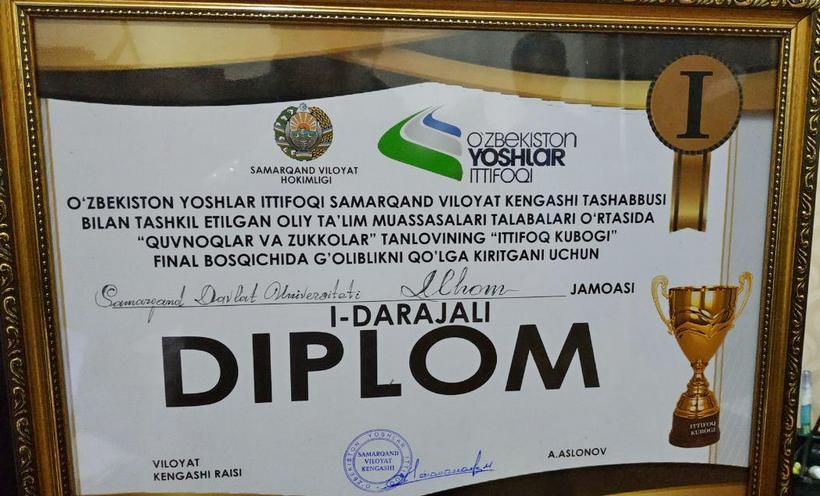