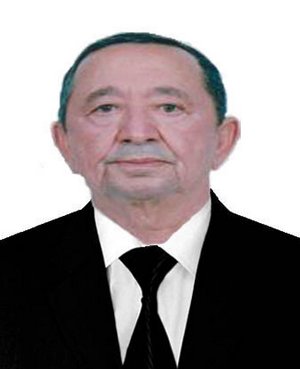 In 1971, H. Umurov defended his thesis on the topic "Problems of mastering literary criticism." In 1973, he became an assistant professor.

Since 1982, he is a member of the Writers' Union of Uzbekistan.

In 1984 he defended his doctoral thesis on the topic “Problems of psychology and the Uzbek novel”, and in 1986 he became a doctor of philological sciences.

Under the direction of professor H. Umurov, 9 candidates and 3 doctors of science on the theory of literature and current problems of literary criticism have been trained. 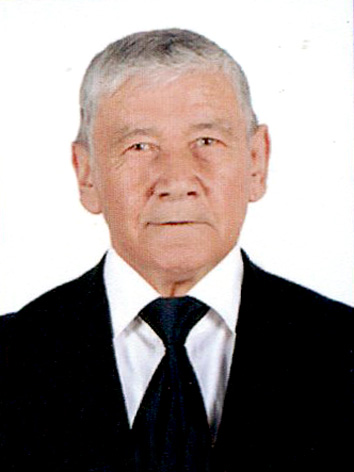 Abdurakhim Soliev worked as a teacher at school in the Syrdarya region in 1962-1968, as a literary worker and head of the department of the Syrdarya newspaper, as the main methodologist of the Samarkand national house. From 1968 to 1992, he worked as a teacher, then as an assistant professor and for eight years as the head of SamSPI and JSPI. In 1973 he defended his thesis on the theme “Komil Yashin's Folk Art.” In 1977, he received a "diploma of docent". Since 1992 he has been working as an associate professor at SamSU, and since June 2013 he has been working as a professor. In 2012 he defended his doctoral thesis on the theme “Human interpretation in the Uzbek drama”. Author of more than ten monographs, teaching aids, more than 200 scientific articles. Member of the Writers' Union of Uzbekistan since 1982. His nine collections of poems have been published.

Head of the Department of Literature and Literary Theory of Independence

1967 – was born in the village of Denov, Shafirkan district, Bukhara region;

1983 - student of the faculty of Uzbek and Tajik philology of Samarkand State University;

1991-1993 - Assistant of the Department of Theory of Literature and Literature of Samarkand State University;

1993 - member of the Writers' Union of Uzbekistan;

1995 - PhD thesis on the topic “Uzbek dramatic epos” in the Specialized Council at Samarkand State University;

2004 - defended his doctoral thesis on the topic “The second half of the poetics of Uzbek poems of the 20th century”;

2002-2004 - Head of the publishing and printing department of Samarkand State University;

2004-2011 - Associate Professor at the Department of Modern Uzbek Literature at Samarkand State University;

2011-2014 - Worked as a dean of the Faculty of Uzbek Philology of Samarkand State University;

Since 2017 - head of the department of literature and theory of literature of the period of independence of Samarkand State University, philological faculty.

The basis of the Samarkand linguistic school was founded by Abdurauf Fitrat, Gozi Olim Yunusov and E. D. Polivanov in the 20-30s of the 20th century. Their work was continued in the 1930s by Said Riza Alizoda and Ulug Tursunov in the 1940s, professor H. Danier and R. Kungurov rose to a new level. Such scientists as I. Mirzaev, S. Karimov, J. Eltazarov, S. Boimirzaev and A. Pardaev, propagate their heritage, created today by a scientific school.

Professor Pulat Soliev, a scholar on the history of the peoples of Central Asia, and professor I. Umnyakov, an expert on the history of the Timurids of the 14th-15th centuries, founded a scientific school of historians. Over the years of independence, the success of the academic school has been consistently enriched by professors I. Saidov, F. Nabiev, associate professors M. Nasrullaev, B. Ergashev, R. Khalihulov, young scientists M. Khoshimova, B. Goyibov, G. Normurodova.

School of Archeology - Samarkand State University of Archeology was founded in 1944-1945 by Academician Yahya Gulyamov and Professor D. Liu. Currently, Professor M. Djurakulov, associate professors N. Avanesova, N. Kholmatov, D. Djurakulova develop the genesis and dynamics of the development of suburban culture, spiritual culture of Uzbekistan and its peoples of Central Asia, in particular the Zarafshan oasis. in the field of culture.

Philosophical College - The Samarkand Philosophical College was founded in 1930-1940 under the leadership of Academician Ibrahim Muminov. The achievements of this school today are associated with the names of professors Y. Yakhshilikov, Sh. Koshulova, B. Turaev. Young scientist, doctor of sciences O. Gaybullaev and dozens of candidates of sciences (B. Khurramova, S. Negmatova, A. Samadov, etc.) work on philosophical studies of the idea of ​​independence.

The scientific school of nuclear physics and cosmic rays was developed by professor Musa Muminov in the 1940s, and research is currently being conducted by academician Talib Muminov, professors B. Makhmudov, R. Ibodov, and U. Salikhbaev. At present, students of this school are working on the dissertations of A. Safarov, S.Khushmurodov, candidates of physical and mathematical sciences, and a number of talented young people.

The scientific school of molecular optics was created by professor M. Vuks from St. Petersburg State University and Academician Akbar Otakhodjaev in the 1960s. Modern representatives of the school (A. Jumaboev, N. Nizomov, L. Sobirov) conduct active research in 3 directions of molecular spectroscopy. Professors A. Jumaboev, U.Tashkenbaev and candidates of sciences K.Hushvaktov, A.Absanov, B.Hudoyberdiev cooperate with domestic and foreign scientists in the field of light burning.

Conducted research in the field of nonlinear optical processes and acoustics under the direction of L. Sabirov - Scientific School of Laser Physics and Nonlinear Optics. N. Eshkobilov, M. Kodirov, D. Semenov, P. Redkin, as well as candidates of sciences G. Haydarov and A. Khalmanov publish articles in authoritative journals in these areas of the doctor of sciences.

Professor N. Nizomov, a scientific school of molecular luminescence, conducts fundamental and practical research on the study of the physicochemical properties of organic dyes and films and their practical application (laser substances, medical care). Over the years of independence, S. Astanov defended his thesis for the degree of candidate of Sciences Sh. Nizomov, E. Kurtaliev, A. Kolov, and the young scientist E. Kurtaliev is on the threshold of his dissertation.

The scientific school of physics of magnetic phenomena was created in the 1970s by the great efforts of O. Kuvondikov. During the years of independence, a doctoral (D.Saifullaeva) and 4 candidates (N.Hamraev, R.Radjabov, M.Salakhidinova, Z.Shodiev) have been defended, assistant professor Shakarov and I.Subkonkulov actively participated in educational activities.

The scientific school of algebra and number theory - Professor N. Romanov and Associate Professor R. Iskandarov, founded in 1940-1950, was engaged in the problems of the theory of algebra and algebra. Currently, research is being conducted on the local analysis of algebraic curves formed by robotics by Professor A. Soleev and his students, candidates G. Rozmurodov and A.Baratov.

The direction of information technology was founded in the 1990s on the initiative of Doctor of Technical Sciences and Academician Vosil Kabilov I.Jumanov. Doctor of Technical Sciences A.Akhatov, candidates of sciences O. Jumanov, I.Turakulov, I.Aminov, F.Nomozov conduct research on information technologies and their use in the educational process. 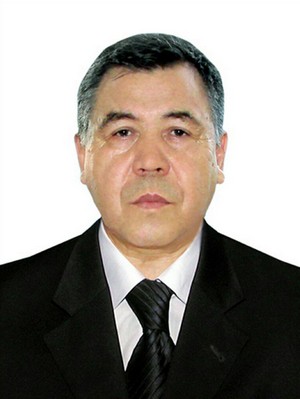 Jumanov I.I. is a major specialist in the creation and application of automated systems and information technology in the Central Asian region. The scientist makes a great contribution to the development of the intellectual potential of young people and the development of exact sciences, to the formation of a scientific school of computer science and information technologies in the Republic of Uzbekistan. Personally, he prepared 20 candidates of science and doctors of science in the field of "System analysis, management and data processing." Two graduate students and two undergraduates from students who were led by a scientist became laureates of the State scholarship of the President of the Republic of Uzbekistan. Scientific methodology, methodology and algorithms for flexible information processing, developed by scientists to improve the reliability of data transmitted in telecommunication systems, identification, analysis and forecasting of non-standard objects in the management of production and technological processes. identify and build effective approaches to solving new problems.

The scientific school of zoology - professors I.Turkevich, A.Sagitov was founded in the 1940s. Currently, Professor A. Djabborov, associate professor S. Fundukchiev, Z. Rakhmanova are followers of this scientific school. 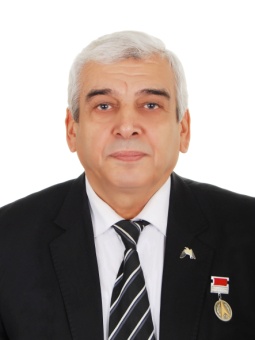 Head of the Department of Zoology, Biology and Chemistry, SamSU, Doctor of Biological Sciences, Professor

Conducts research on the ornithology of zoological science, in particular in the direction of applied ornithology. The study of the problems of "poultry and agriculture", "poultry and aviation", the biological structure of important economic objects, birds, acousto-optic repellents, their physical nature, optoacoustic repellents in the field of product introduction into production. It makes a significant contribution to the search for a solution to the problem by participating in industry-specific university, republican, and international conferences, seminars, and symposia. He is the author of more than 300 scientific, scientifically-methodical articles, methodical manuals and textbooks. 1 copyright certificate and 2 patents. Since 2017, he is a member of the Turonian Academy of Sciences. 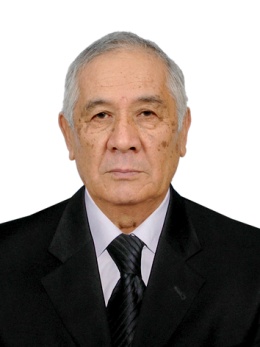 Associate Professor of the Department of Zoology, Biology and Chemistry, SamSU, Candidate of Biological Sciences

Conducts research in the field of general entomology, agricultural entomology in zoological science. The biological diversity of entomofauna, beneficial and harmful insecticide species, fruit and ornamental trees and their entomophages, the use of entomophagy as natural controllers and the study of the properties of wild entomophages in new ecosystems. Participation in various local, national and international conferences that contribute to solving problems on the ground, organizing the educational process and training highly qualified personnel. He is the author of more than 100 scientific, scientific and methodological, educational and methodical manuals.

The School of Natural Geography and Geochemistry was founded in the 1960s and its achievements are connected with the services of professors A. Abulkosimov, L. Alibekov, Sh. Kholikulov and S. Abbosov. Today, representatives of this school defend their dissertations by O. Rakhmatullaev, M. Usmanov, doctoral candidate, K. Yarasheva, R. Mamadjonov.