EVENT News Ads
Cultural and educational event "Two generations meeting" at the History faculty 24.06.2017
Ensuring the supremacy of law and human interests is the guarantee of the country's development and the well-being of the people 14.06.2017
THE CLEARANCE OF THE SACRED RELIGION IS A PLACE OF SOCIAL STABILITY 28.06.2017
OUR AIM IS THE RIGHT OF THE LAW AND JUSTICE 28.06.2017
Meeting of two generations 17.06.2017
Open doors days in Samarkand State University 12.06.2017
The visit of the delegation of MSTU "STANKIN" in SamSU: open a new stage of cooperation between the two universities 12.03.2020
The leading scientific fellow of the Lebedev Physical Institute of the Russian Academy of Sciences is a doctor of physical and mathematical sciences L.L. Сhaykov in SamSU 12.03.2020
TRANSFORMING HIGHER EDUCATION INTO A SPHERE WITHOUT CORRUPTION - A PRIORITY TASK 05.03.2020
A master class was held at the Academic Lyceum 29.02.2020
HAPPY VICTORY! 28.02.2020
REPUBLICAN SCIENTIFIC-PRACTICAL CONFERENCE "INNOVATIVE DEVELOPMENT OF THE SAMARKAND REGION: PROBLEMS AND SOLUTIONS" 26.02.2020

COOPERATION OF THE SEULA NATIONAL UNIVERSITY AND THE SAMARKAND STATE UNIVERSITY

In order to expand cooperation with Seoul University, Dr. Gun-Sik Park, director of the Terrahertz Waves in Biological Systems South Korean Center, professor at the Department of Physics and Astronomy of Seoul National University, visited Samarkand State University on February 3 of this year.

On the first day of the visit, Gun-Sik Park, together with a former student of SamSU, and now professor at Seoul National University, Matlabjon Sattorov, met with teachers, young scientists and students at the university’s physics department.

During the conversation, well-known Korean scientist suggested organizing Photonics and Electronics Center at the Samarkand State University in partnership with the Seoul Center “Terrahertz Waves in Biological Systems”. A mutually beneficial agreement was reached on new projects in Samarkand in the fields of physics, medicine, agriculture and the military sector, created at Seoul National University. The goal was to collaborate with Uzbek scientists to create new ideas and technologies, introduce advanced technologies in the industry and send talented students from Samarkand University to Seoul National University on competitive basis.

After that, Professor Gong Sik Park held the master class (seminar-training) on ​​the topic "Actual problems of physical science." The main attention was paid to the relevance of studying physics in number of other disciplines and the need to solve existing problems with specialists in biology and chemistry.

The professor both scientifically and theoretically explained that the physics of terahertz waves has a large gap and plays an important role in ensuring safety, protecting the environment and strengthening human health. A foreign researcher explained the results of the interaction of molecules at these frequencies. 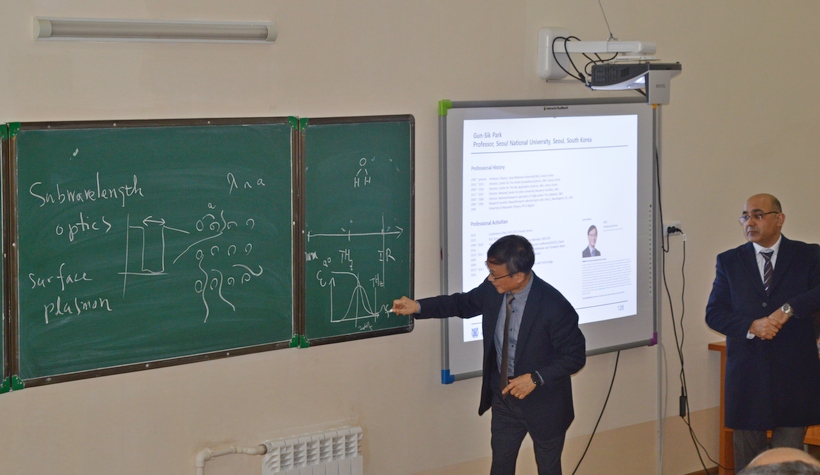 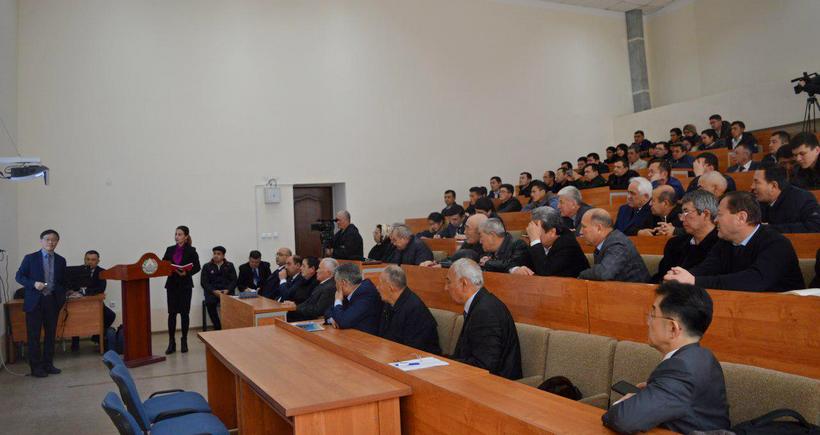