EVENT News Ads
Cultural and educational event "Two generations meeting" at the History faculty 24.06.2017
Ensuring the supremacy of law and human interests is the guarantee of the country's development and the well-being of the people 14.06.2017
THE CLEARANCE OF THE SACRED RELIGION IS A PLACE OF SOCIAL STABILITY 28.06.2017
OUR AIM IS THE RIGHT OF THE LAW AND JUSTICE 28.06.2017
Meeting of two generations 17.06.2017
Open doors days in Samarkand State University 12.06.2017
The first masters in joint educational programs were sent to study at the prestigious Russian University 24.02.2020
HAPPY VICTORY! 24.02.2020
At the faculty of Economics and business, master classes are continuing in the framework of integration of theory and practice 22.02.2020
Congratulations to winners! 22.02.2020
FOR THE INTEGRATION OF THEORY AND PRACTICE IN THE FACULTY OF ECONOMICS AND BUSINESS, A MASTER CLASSES 15.02.2020
Where are you, Muynak? Students of Samarkand State University visited the Aral Sea 13.02.2020

YOUTH IS EDUCATED IN THE SPIRIT OF PATRIOTISM

An event was held at the Faculty of Mechanics and Mathematics of Samarkand State University, dedicated to educating young people of the spirit of patriotism and increasing a sense of devotion to their homeland.

The event was attended by Academician of the Academy of Sciences of the Republic of Uzbekistan, Head of the Department of Mathematical Physics and Functional Analysis of SamSU S.N. Lakayev, Dean of the Faculty Professor A. Begmatov, Lieutenant Colonel G. Kurbonov.

Academician S.N.Lakayev in his speech emphasized that the region in which a person was born is considered to be the most valuable place for each other - his homeland, and therefore every awake person must love his homeland. 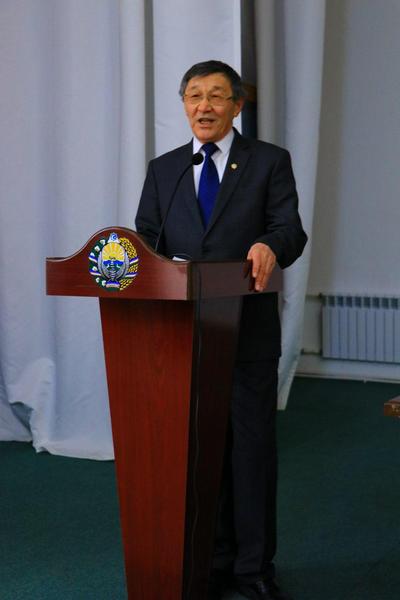 Lieutenant Colonel G. Kurbonov noted that as a result of reforms in the Armed Forces, our modern, rapidly developing national army has been formed. 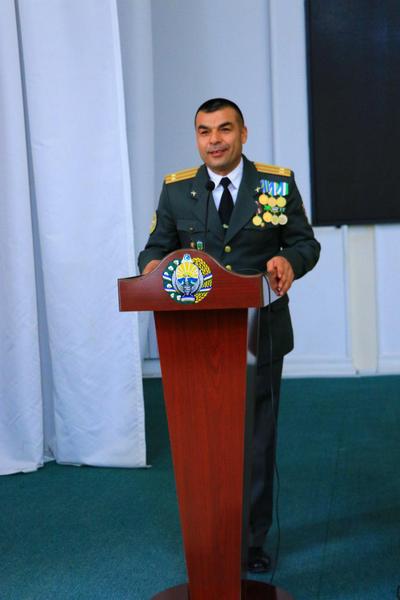 During the event, students received detailed answers to their questions. 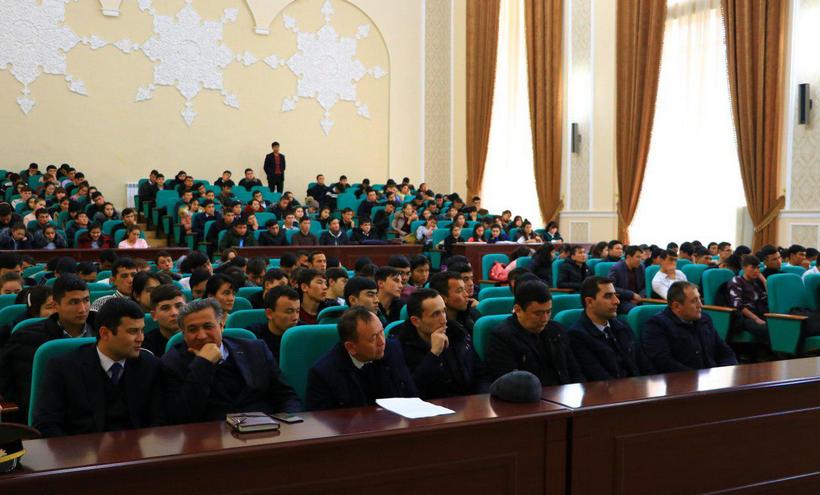