Samarkand state university was founded in 1420

EVENT News Ads
Cultural and educational event "Two generations meeting" at the History faculty 24.06.2017
Ensuring the supremacy of law and human interests is the guarantee of the country's development and the well-being of the people 14.06.2017
THE CLEARANCE OF THE SACRED RELIGION IS A PLACE OF SOCIAL STABILITY 28.06.2017
OUR AIM IS THE RIGHT OF THE LAW AND JUSTICE 28.06.2017
Meeting of two generations 17.06.2017
Open doors days in Samarkand State University 12.06.2017
Cooperation with Indian professors continues in the form of webinars 06.07.2020
NORTH-WESTERN UNIVERSITY OF CHINA SENT HUMANITARIAN ASSISTANCE TO SAMGU 25.06.2020
Location messages 20.06.2020
New faculties and technical schools have been established at SamSU 19.06.2020
The structure of Samarkand State University has been changed 19.06.2020
There are distance meetings with students 09.06.2020

It is noteworthy that the five most important initiatives identified by the President of our country have become practical work in all regions of our country. On the initiative of the Ministry of Higher and Secondary Special Education, for the first time under the motto "Sport – guarantee of health" was organized "Friendly Spartakiad" among university professor and teachers. The women's volleyball tournament on November 16 at the sports complex of Samarkand State University has become a truly great event. It was attended by 13 teams from the Republic of Karakalpakstan, Tashkent city and all regions. Speaking at the opening ceremony, the officials wished good luck to the teams of the first universities of the country, which were established for the first time, and talked about the goals and objectives of the event. 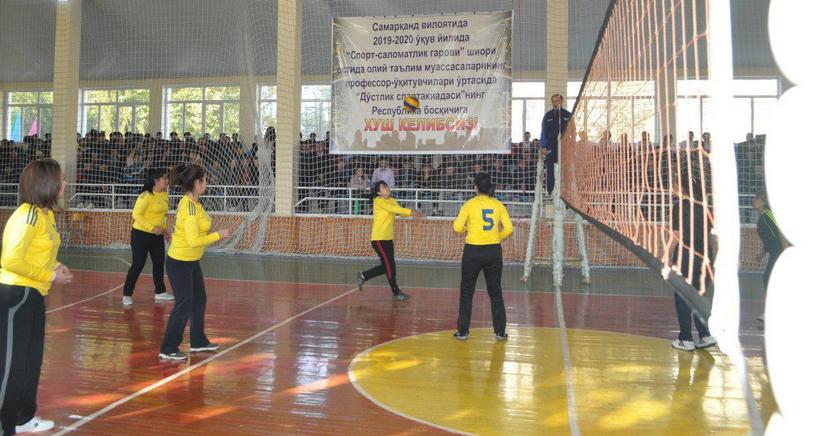 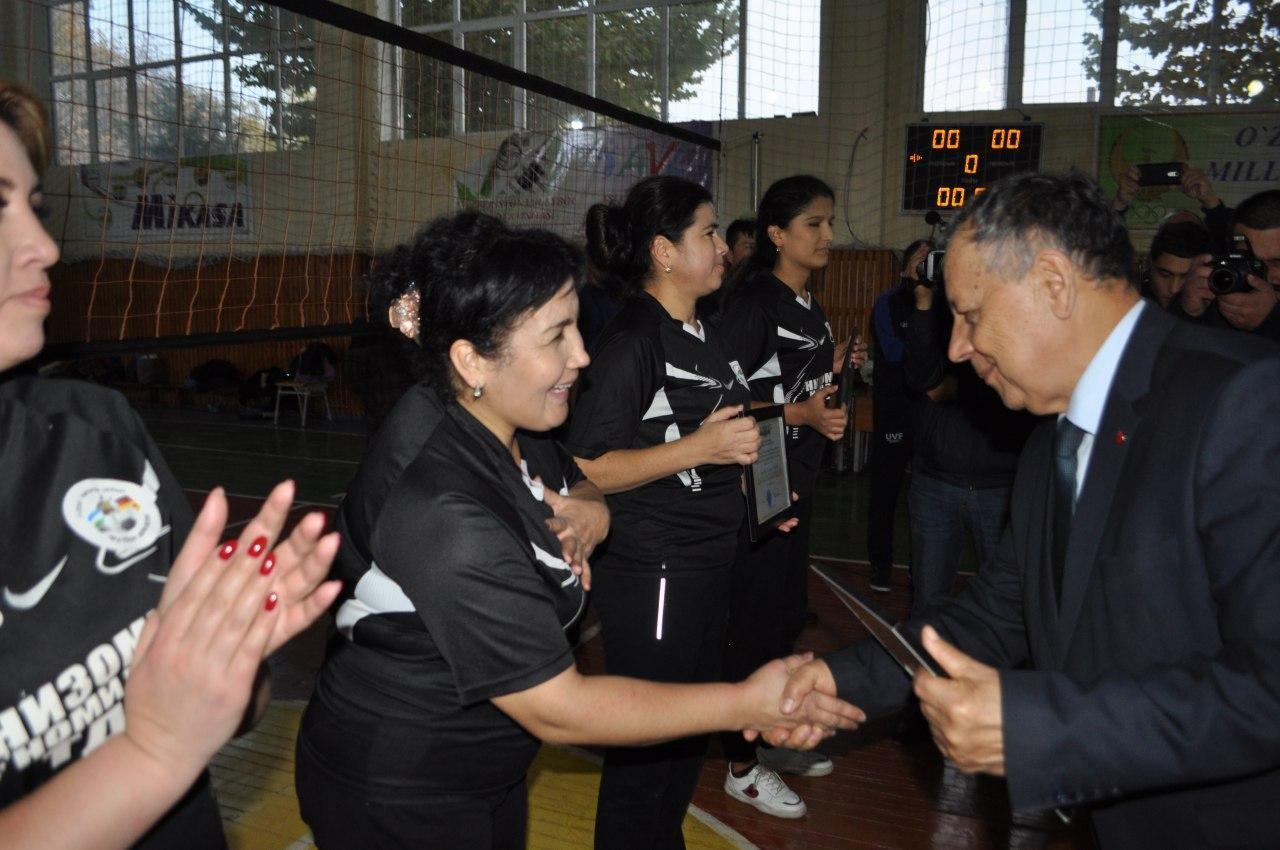 The winners were awarded at the official closing ceremony of the competition "Sport – guarantee of health". The first place was taken by women from Navoi, the second and third places were taken by the teams from Tashkent and the Republic of Karakalpakstan. The winners were awarded by Deputy Minister of Higher and Secondary Special Education of the Republic of Uzbekistan Uzokboy Begimkulov, executive Rector of SamSU Ahmadjon Soleev and Vice-Rector for Youth Affairs Alisher Eshtaev. Diplomas of I - II - III degrees of the Ministry of Secondary Special Education were solemnly handed over.

Heads of all nominee teams, competitors and jury were also awarded souvenirs and medals. 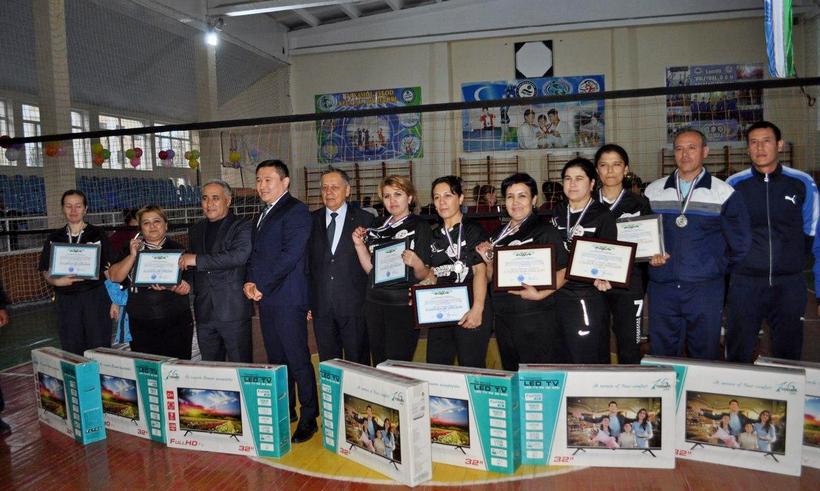 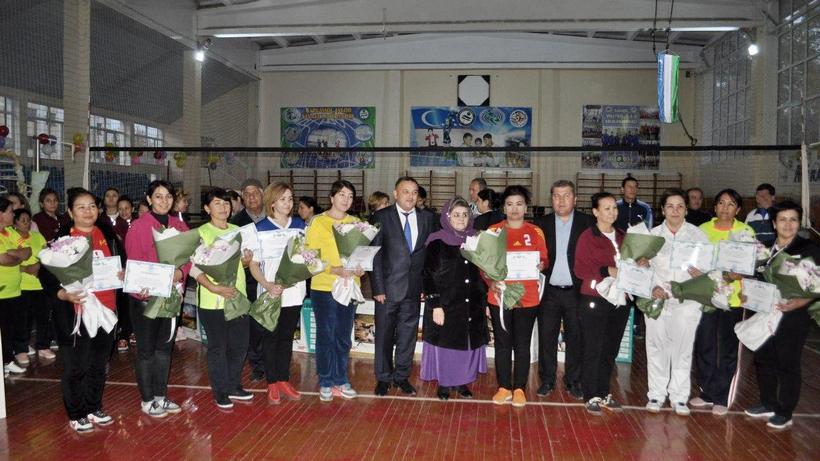