Department of Plant Physiology and Microbiology

Plant physiology. Since 1934, she has been working at the Samarkand State University in the field of "Plant Physiology". In the early years (1934-1941 yy), the heads of the departments were prof. Tixomirov, prof. AI Fashchevsky and docent PGMarsakova focused on the preparation of physiological specialists with higher education. The first in this department was 8 people in 1936: Ataullaev NA, Gafarov BX, Abaeva S., Ratskevich S.K., Danilova LA, Frolova K., Deynenko P. and U. Sultanov. They continued their research in various subjects. Professors N.A.Ataullayev and associate professor B.H.Gafarov served in the Samarkand Agricultural Institute for a long time in the field of scientific activity and education.

The work of the first physiologist, especially S.Asabaeva (1916-2008), in the field of education and science was exemplary. He studied postgraduate study in 1936-1939 and defended his candidate's term. In 1939-1940 he worked as the assistant, the docent and the head of the chair of natural sciences in the Samarkand teacher's faculty. In 1941-1942 he worked as a researcher at the Academy of Sciences of Uzbekistan in Tashkent, and in 1943-1944 he worked as a consultant at the Samarkand regional committee of the party committee.

Abaeva S.S. In 1944, he was invited to the post of Dean of the Faculty of Biology in connection with the re-establishment of the State University of Samarkand (since 1941-1944 Samarkand and Tashkent Universities united in the years of war). He worked in this position until 1946, working day and night to create the perfect conditions for the students to study, and brought back all the disassembled educational equipment to other universities. The faculty invited qualified teachers to work and encouraged them to create conditions.

By the decree of the rector of the university in 1944 the candidate of biological sciences, docent Abayeva was appointed as the head of the department "Plant physiology and microbiology" and served in this position for 28 years (until 1972). During these years, the department was equipped with new equipment. A lot of positive work has been done in the field of education. Special laboratories have been established for scientific researches and learning processes. Founded a scientific school of physiologists. Under the supervision of Abaeva, all teachers of the department were involved in scientific research. He has published more than 100 articles on scientific papers. He has been in constant contact with scientists from Moscow, Leningrad, Kiev, Novosibirsk. At the department opened a post-graduate course and under the leadership of Abaeva 3 people defended their candidate's thesis (A.Narzikulov, Q.R.Ravshanov, J.Khojaev). Under his leadership, his work in the field of "application of solid waste to cotton was awarded to the ICRC silver medal

Students' activity in the field of experiment

L.A.Ezdakova graduated from this department, from 1956 until 1975, worked as an assistant, docent and professor and continued research on the importance of lithium microelements in the life of plants. In 1963 he defended his PhD thesis on "Lithium effect on the physiological processes and yields of plants" and in 1973 he defended his doctoral dissertation on the topic "Different Lithium Quantity and Geochemical Ecology of Plants of Zarafshan River".

From 1956 to 1991 he worked as senior lecturer and associate professor at the Department of Plant Physiology T.Ya.Stesnyagina (1930-2009). The main research work focused on the study of physiological importance of microelements in plants.

Abaeva's student NarzikulovА.N. From 1962 to 1969 he worked as a post-graduate student and assistant in the department. "The influence of Lyangar and Ingichka mining waste on photosynthetic work of cotton".

Also Abayeva student QR.Ravshanov worked at the department as an assistant in 1966-1968 and graduated from postgraduate course in 1968-1971. She defended her Ph.D. thesis on "Productivity and aluminum effect on water regime". Currently, she is working as an associate professor at the Samarkand Agricultural Institute.

Doctor of biological sciences, professor Hojaev J.X., who graduated from the university in 1963 (Abaeva's student). (From 1975 to 1977 and 1987 to 2005). From 1975 to present he is a scientific leader in the field of plant physiology. In 1985, as a result of uninterrupted work and research, he successfully defended his doctoral thesis on "Physiological bases of microelement effects on cold, drought resistance and productivity of cotton". Theoretical and practical significance of this work was made by the great scientists of the union, Prof. ShkolnikM.Ya., academician Genkel P.A., acad. Toma S.I., acad. NosirovYu.N., acad. Agakishev D., V.Altergot and others. Personally, under the guidance of Khodjaev, 5 people defended their candidate dissertations (B.D.Davronov, A.E.Holliev, A.Zulfanov, X.K.Keldiyorova, J.Z.Bashmonov) and two persons A.E.Holliev and nowadays she works as a professor in Bukhara University. M. Nosirovispreparingforhisdoctoratedissertation. 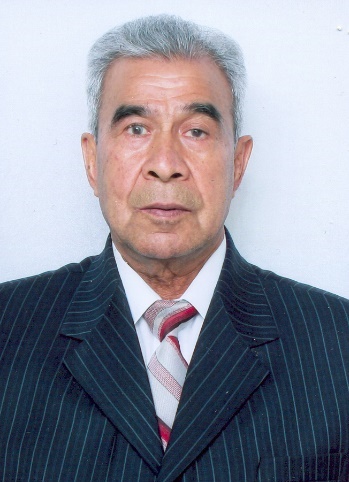 Professor J. X. Under the guidance of Hodjaev, a wide range of research works were conducted on the topic: "Development of scientific bases for increasing the resistance and productivity of cotton on the basis of mineral nutrition optimization". As a result, the moderate amount of nitrogen, phosphorus, and potassium components required for cotton was determined. Together with these, theoretical and practical foundations of microparticles such as manganese, copper, molybdenum, zinc, aluminum and bar have been developed. Differential use of microelements with microorganisms has yielded the best results. As a result of optimization of physical nutrition, physiological data such as increased physiological performance, increased acceleration of growth, increase of chlorophyll content, intensification of photosynthesis intensification and its increased productivity, water balance balancing were identified and theoretical basics of efficiency were developed. Based on the results obtained, a practical recommendation was developed on the optimization of cotton fiber in the Samarkand region and was approved by the State Agrarian Association of the Republic of Uzbekistan in 1988 and recommended to cotton farms.

Hodjaev's student Davronov BD From 1985 to 1997, he worked as an associate professor at the department. Research works focused on the study of the effects of microelements and macroelements on the physiological processes of cotton. In the last few years, he has worked in leading positions in the agricultural sector.

Kholliev A.E. (Hojaev's student) from 1991 to 2002 worked as an assistant and associate professor at the department. The scientific work focuses on the study of the theoretical and practical foundations of the varieties of cotton varieties, drought resistance and productivity.

Members of the department continued their research in this direction with other agricultural crops (tobacco, grechka, wheat, etc.).

In 1995-2005 under the guidance of Professor HKhojaev continued his scientific work on "Study of bioecological bases of ecologically clean and qualitative crops in conditions of Zarafshan valley".disgusted The theme of this topic is water-exchange characteristics of agricultural crops, drought resistance levels and methods of their cultivation, adaptation to natural climatic conditions of some varieties, and others.

Nowadays (2006-2012) members of the department continue their research on the topic "Studying the physiological and biochemical bases of high yields and quality crops in the Samarkand region." This topic is divided into four sections, one of which is "Studying the physiological and biochemical bases of the yield of some annual and perennial grains." This department is headed by docent HKKeldiyarov and dotsentX.Keldiyorova. The scientific bases of the yield of perspective wheat varieties and the creation of non-traditional nutritional herbs and grassland in the Adir regions are being studied. The second part is devoted to the study of seasonal dynamics of carbon dioxide in the conditions of mountain forests (mammoths), which is carried out by associate professor M. Nosirov. Under the conditions of microscopic factors, the mechanism of carbon monoxide detection is underway. M.G.Nosirov is also conducting an international grant on the theme "Formation of annual rings in the species of Juniper (Juniperus)." The third part is devoted to the study of the physiological and biochemical foundations of the introduced Grechian varieties introduced in the Samarkand region, under the guidance of associate professor JJJoraeva, docent S.H.O'rojov and assistant Sh.S.Ataeva. As a result of the researches the new perspective varieties of Grechyha were selected and their biological and agrotechnological bases of cultivation in conditions of Zarafshan valley were developed. The fourth part is "Studying the physiological and biochemical bases of cultivation of forms in Zarafshan nature reserve", which is carried out by Associate Professor F. Kabulova. In this area, the scientific bases of identifying and increasing their promising forms are being studied on the basis of studying the growing forms of sharks on the shores of the Zarafshan River. F.J.Qabulova is also carrying out research activities with the International Organization Bioversitu International.

Collaboration lessons with lyceums and colleges

Based on the information collected by the members of the department, more than 500 scientific, methodical articles and scientific works were published. "Physiology of Plants" (Prof. J.Khhodjaev), "Microbiology and Virology" (Associate Professors FJJobulova, X.A.Keldiyorov), multimediaelectronic textbooks were created and patents were obtained. The textbook "Plant Physiology" prepared by Professor HKHojaev was recommended by the Ministry of Higher and Secondary Special Education of the Republic of Uzbekistan and published in 2004 and distributed as a main textbook to all the Universities of our country and is still used as the main textbook.

The department is a professor of foreign teachers

Over the past years, about 800 well-educated physiologists have been trained. 60 of them have been Candidate of Science, 12 - Doctors of Science.

1.33. "Biological bases of biological diversity of natural flora, introducing and protection of beneficial ones".

The flora of the Republic of Uzbekistan is located in the area of ​​biodiversity conservation, biological features of the valuable herbs, essential oils and fodder plants grown locally and abroad, cultivated for the purpose of providing medicine, food industry and agricultural raw materials. Protection of plant species, which are on the verge of extinction and disappearance, is developed and recommended for mutant organizations.

The topic consists of 3 parts

2. "Studying the physiological and biochemical bases of higher yields and quality crops in Samarkand region".

1. "Investigation of the physiological and biochemical bases of yield of some annual and perennial grains".

2. "The study of the physiological and biochemical bases of fertilizer effect on the productivity of cabbage and quality of crops".

3. "Studying the physiological and biochemical foundations of the introduced Grechian varieties in Samarkand Region".

4. "Investigation of the physiological and biochemical bases of the growing of forms in Zarafshan nature reserve".

5. The activity of the department in the educational and methodological area

6. The achievements of the faculty and students of the department (grants, projects, Olympiad winners, scholarship winners, winners of various competitions, etc.)

At the department are working on the subjects provided with two state grants:

1. F-5-10. «Studying of the diversity and origin of the plants of the mausoleums of Uzbekistan» (docent Haydarov X.G.).

Together with the Department of Zoology, a fundamental project on the theme "Biodiversity and Monitoring of the Mediterranean and Zarafshan Fauna and Flora" was presented. Scientific Managers. A.R. Jabborov, E.S. Sulaymanov.

Contract No. 8 is being executed. 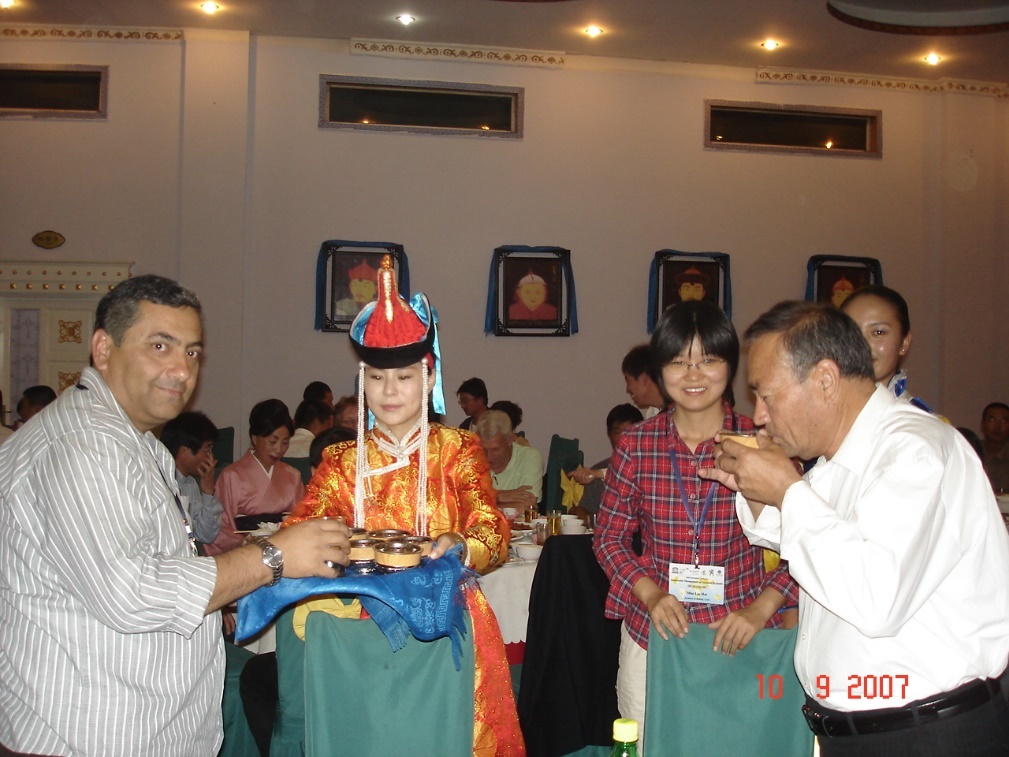 Works on innovative ideas and developments

Under the agreement with Zarafshan State Nature Reserve, bachelor's and master's dissertations are being conducted in collaboration - collecting materials for one candidate's degree (Assoc.H.Jalov).

PMG - software malogograntaglobalnogoekologicheskogofonda (GEF) pri program razvitiya OON v UzbekistaneprisponsorskoypodderjkeposolstvGermanii, ShveytsariiiAmeriki. At the expense of the grant funds of the faculty were reconstructed and improved.

7. Future plans of the department

The department plans to open a bachelor's degree in the field of flora in the future plans of the department. Besides, there are scientific taxonomic herbariums, which have been sought by scholars for many years, aimed at creating their electronic copies and intertwining them.

It is planned to create a colorful book on the subject "Samarkand region flora atlas", which will be aimed at studying and elaborating scientific projects in Zarafshan's mid-stream.

There are 15 professors, 1 professor, 7 associate professors, 2 candidates of sciences and 5 assistants. The scientific potential of the department is 70%.